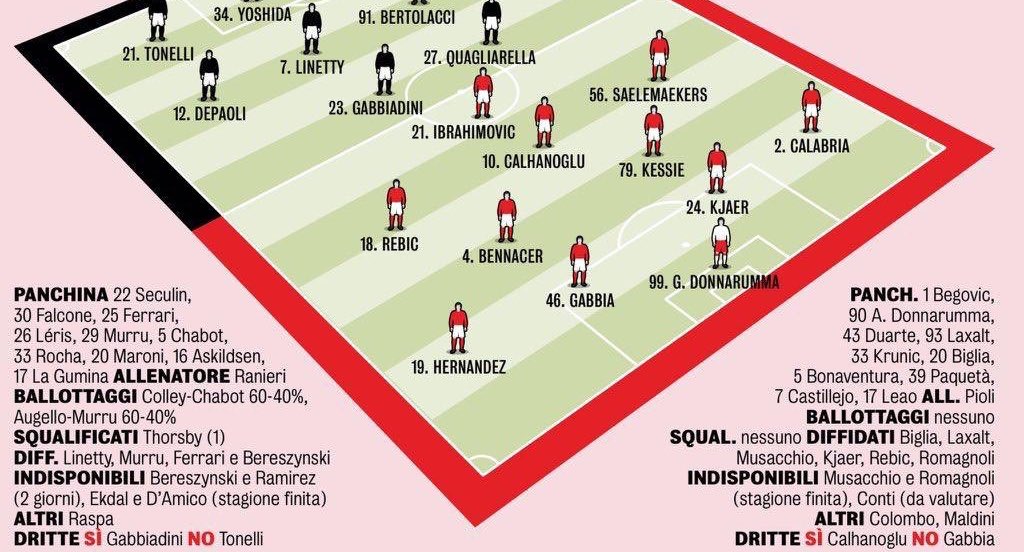 Milan have not lost since the resumption of Serie A, winning seven of their 10 fixtures and including wins over Lazio, Roma and Juventus.

The most recent result was a 1-1 draw against Atalanta in which five key players were missing from the starting XI, and Pioli began his pre-Sampdoria press conference by praising his side for their performance.

According to La Gazzetta dello Sport, Pioli will welcome a key duo back into his starting XI as Theo Hernandez and Ismael Bennacer are both back from suspension.

Andrea Conti’s injury means Davide Calabria gets the not at right-back with Kjaer and Gabbia the centre-backs. Saelemaekers, Calhanoglu and Rebic are tipped to support Ibrahimovic up front, with Bennacer partnered by Kessie in midfield.

For Sampdoria, it is expected to be a 4-4-2 with Gabbiadini and Quagliarella up front. 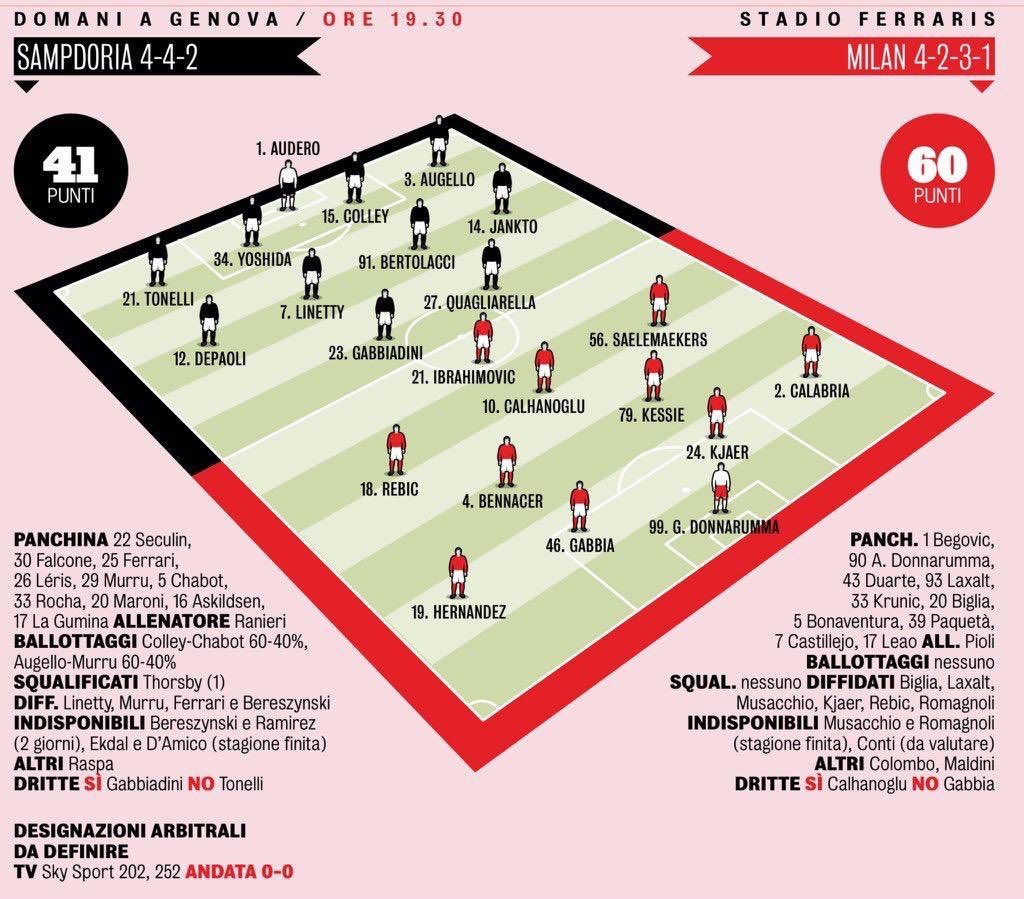