AC Milan head coach Stefano Pioli will resist the urge to make huge changes to his starting XI for the game against Sparta Praha, but he will still make some alterations.

The Rossoneri are in a difficult moment both in terms of the hectic nature of their fixture schedule and also because of the fact they have a number of players out like Ante Rebic (who returned to training just a couple of days ago), Matteo Gabbia, Mateo Musacchio, Leo Duarte and Jens Petter Hauge.

According to La Gazzetta dello Sport, Tatarusanu will keep his place in goal and will have a back four ahead of him consisting of Calabria, Kjaer, Romagnoli and Dalot, who comes in for Theo Hernandez.

Sandro Tonali will get the nod to start alongside Ismael Bennacer in the second change compared to the XI that drew 3-3 with Roma, while it will be all-change in the trident behind Zlatan Ibrahimovic with Krunic, Brahim Diaz and Castillejo behind the Swede from right to left. 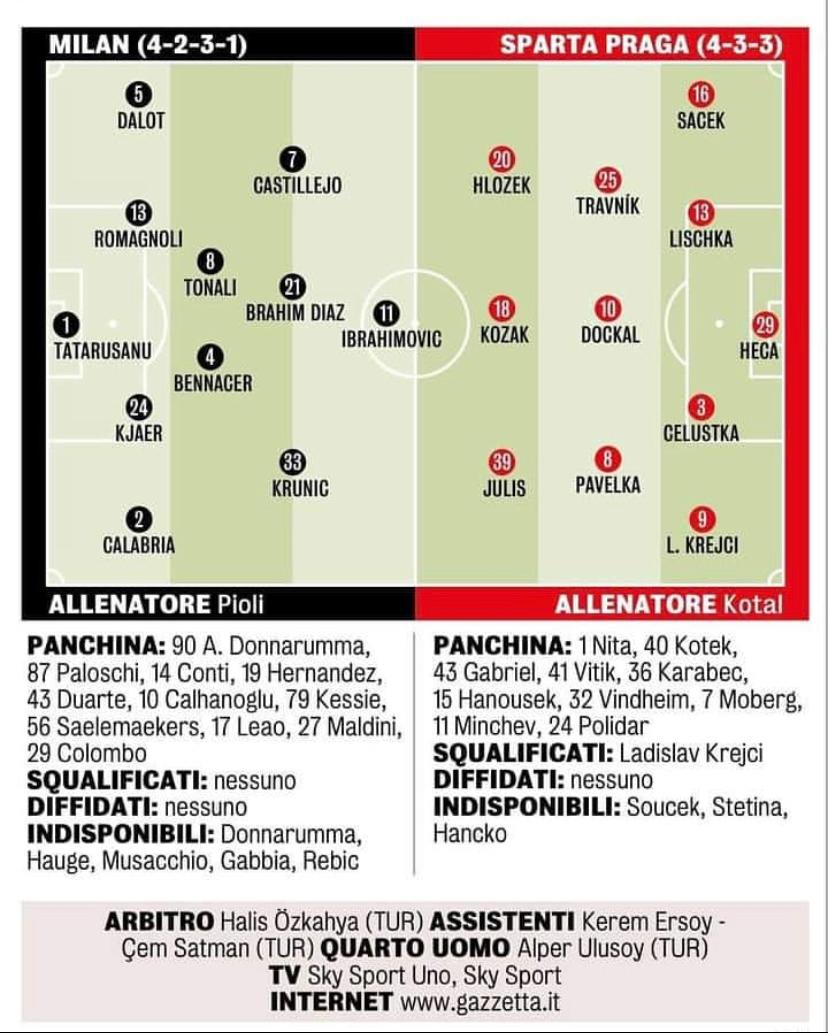