On the eve of the clash between Milan and Udinese, the probable starting eleven of the Rossoneri has been published in the media. Following the 3-3 draw against Roma, they will be looking to get back to winning ways.

According to Gazzetta Dello Sport (see photo below), Stefano Pioli is expected to make some changes compared to the game against Sparta Praha. Of course, that’s what you would expect as he rested some key players against the Czech side.

The usual starters, therefore, are set to play from the first minute. Gigio Donnarumma has tested negative for COVID-19 after missing the last two games and will be thrown straight back into action, as expected.

Zlatan Ibrahimovic, after leaving the pitch at the interval against SPartam, will start up front and will be supported by Rafael Leao, Hakan Calhanoglu and Alexis Saelemaekers. Kick-off is scheduled for 12:30 tomorrow, Milan’s first lunch-game of the season. 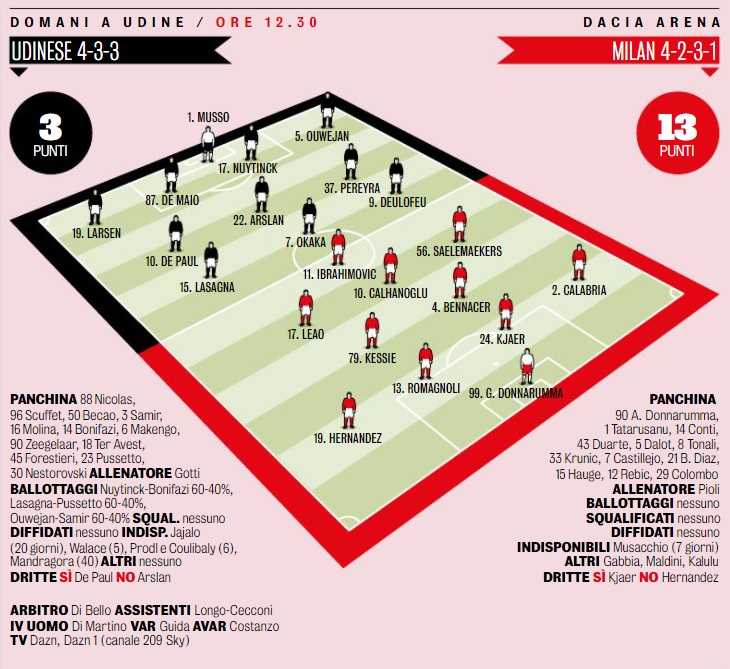