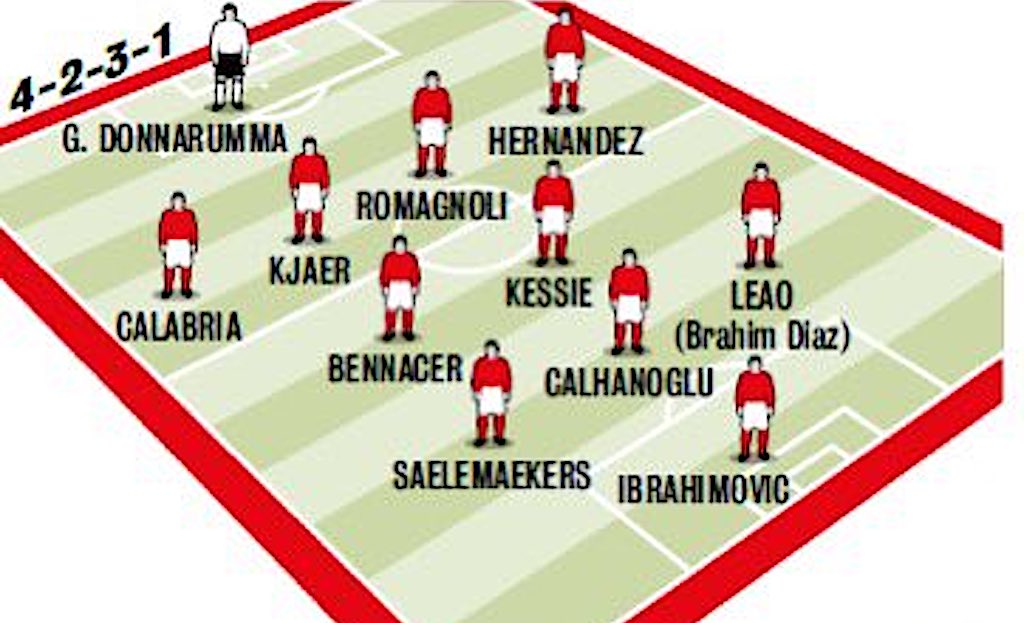 GdS: Probable starting XIs for Inter vs. Milan – Romagnoli and Ibra back in; decision on the left

AC Milan head coach Stefano Pioli is once again battling a defensive crisis ahead of the weekend’s derby against Inter.

Zlatan Ibrahimovic returned to training with the rest of the group on Sunday after recovering from Coronavirus, scoring a goal and adding an assist in a friendly against the Primavera that was played at Milanello.

All the expectation now is that the 39-year-old Swede will feature from the first minute in next weekend’s derby against Inter.

According to Monday’s edition of La Gazzetta dello Sport, Pioli will field a back four of Calabria, Kjaer, Romagnoli and Theo Hernandez in front of Gianluigi Donnarumma, with the captain back after a muscle problem in place of Matteo Gabbia, who is COVID-positive.

Bennacer and Kessie will be the midfield pairing with Ibrahimovic up front supported by Saelemaekers, Calhanoglu and either Rafael Leao or Brahim Diaz on the left, which of course implies that Ante Rebic will not be fit as he continues to recover from his dislocated elbow.

📰 The probable starting line-ups for the #DerbyDellaMadonnina, according to @Gazzetta_it.