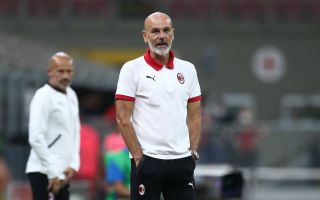 AC Milan boss Stefano Pioli is set to make three changes for the game against Lazio compared to his line-up against Sassuolo, a report claims.

Milan will be looking to put the horrors of the Sassuolo game behind them and get back to winning ways against Lazio on Monday night. The Rossoneri had a 1-0 lead heading into the final 15 minutes of their game against the Neroverdi on Wednesday night, but a quickfire double from Raspadori turned the game on its head and Roberto De Zerbi’s men left with all three points.

Head coach Stefano Pioli stressed that his team did not deserve to lose against Sassuolo and came up with a motto for the last six games, which starts with a trick trip to the capital.

Below, according to La Gazzetta dello Sport (via MilanNews), are the probable line-ups for Lazio and Milan ahead of tonight’s match at the Olimpico.