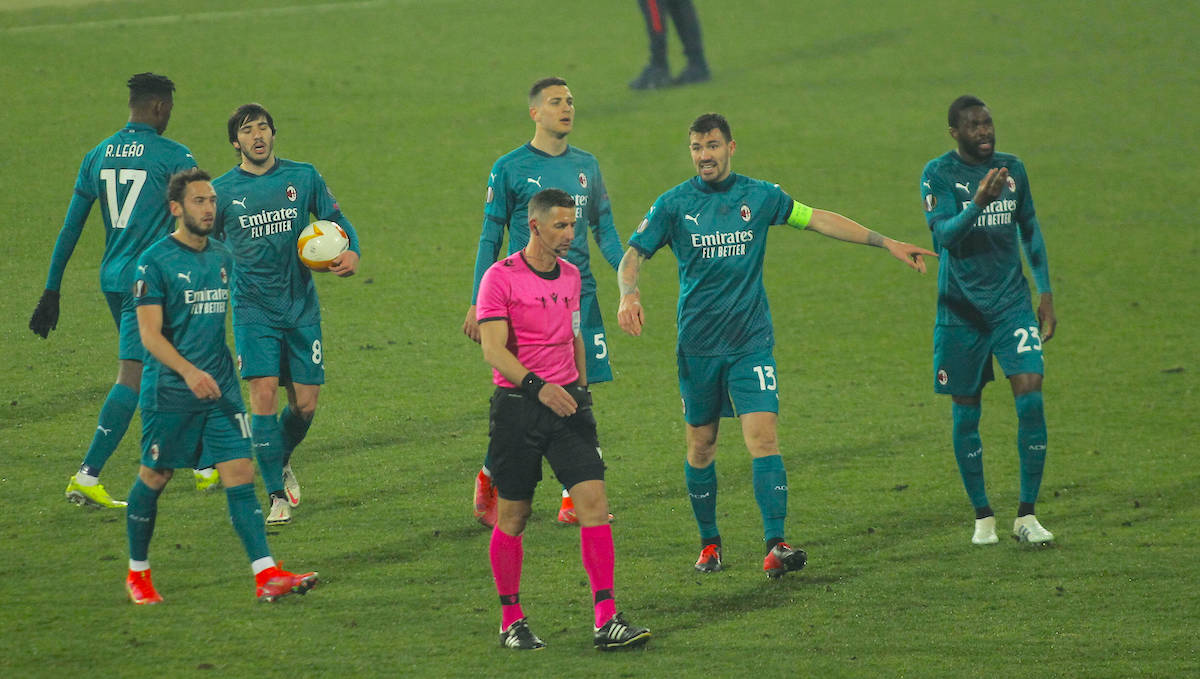 AC Milan will be looking to give themselves a good chance of qualifying for the quarter-finals of the Europa League with a positive result against Manchester United tomorrow night.

The Rossoneri’s reward for a hard-fought away goals victory over Red Star is potentially the hardest last-16 draw they could have had, but they are ready to face the challenge with enthusiasm after the 2-0 win over Verona on Sunday.

According to La Gazzetta dello Sport this morning, Gianluigi Donnarumma will be protected by a back four of Davide Calabria, Simon Kjaer, Fikayo Tomori and Theo Hernandez.

In midfield it seems as though Franck Kessie and Sandro Tonali are set to be deployed. The former Brescia man remained on the bench in Verona most likely so at Old Trafford he could return to play from the first minute. 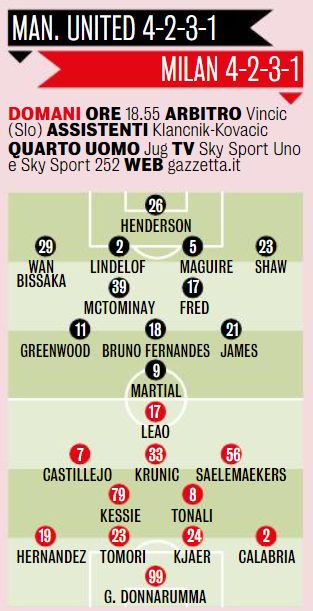