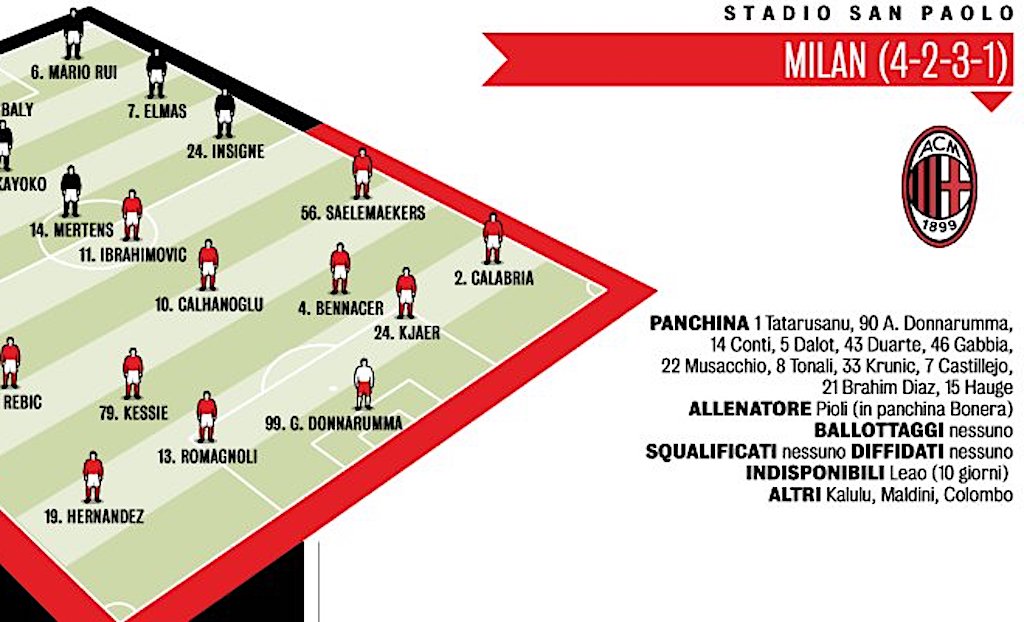 AC Milan will resume action after the international break with a trip to the Stadio San Paolo to face Napoli, a venue where they have won only once since 2001.

Milan will be without winger Rafael Leao for the game in Naples as he has sustained a problem in his thigh that is likely to keep him out for two weeks, but probably the biggest news is that Daniele Bonera will be the stand-in head coach as Stefano Pioli and his assistant Giacomo Murelli both have Coronavirus.

According to La Gazzetta dello Sport, Milan are likely to line up with Donnarumma in goal protected by a back four of Calabria, Kjaer, Romagnoli and Theo Hernandez.

Franck Kessie and Ismael Bennacer will be ahead of them, with Saelemaekers on the right wing, Rebic on the left wing and Calhanoglu behind the centre-forward Ibrahimovic, who scored during Milan’s last win at the San Paolo 10 years ago.