GdS: Probable starting XIs for Sassuolo vs. Milan – Pioli makes his decisions for the attack

AC Milan boss Stefano Pioli will make some changes to his starting XI from Wednesday’s draw with Genoa, but they will pretty much all be forced.

According to La Gazzetta dello Sport, the Rossoneri will be without Ibrahimovic, Kjaer, Gabbia, Rebic and Bennacer for the trip to the Mapei Stadium.

In the usual 4-2-3-1 formation, Gianluigi Donnarumma will be in goal protected by a centre-back pairing of Kalulu alongside Romagnoli, with Calabria at right-back and Theo Hernandez at left-back.

Tonali and Kessie will be the double pivot, while Saelemaekers is expected to be the right winger and Brahim Diaz the left winger. Calhanoglu will play behind Rafael Leao.

Sassuolo will have some key players back from injury including striker Ciccio Caputo who will start from the bench, but former Milan man Manuel Locatelli is out through suspension. 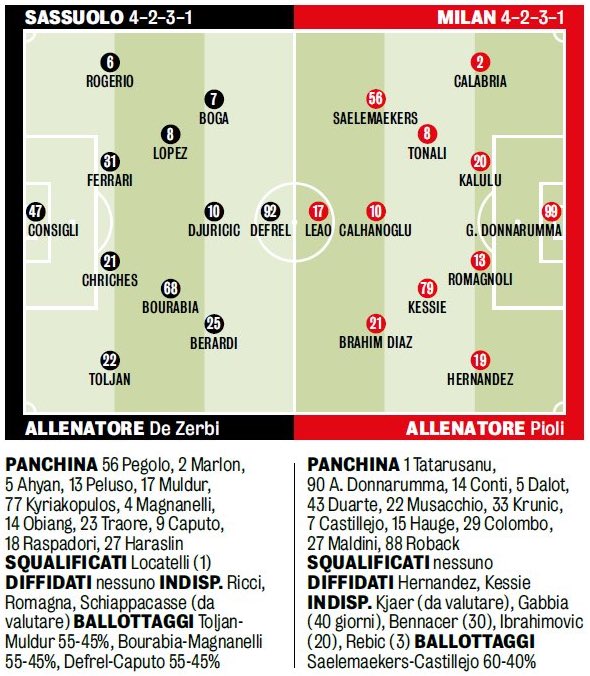