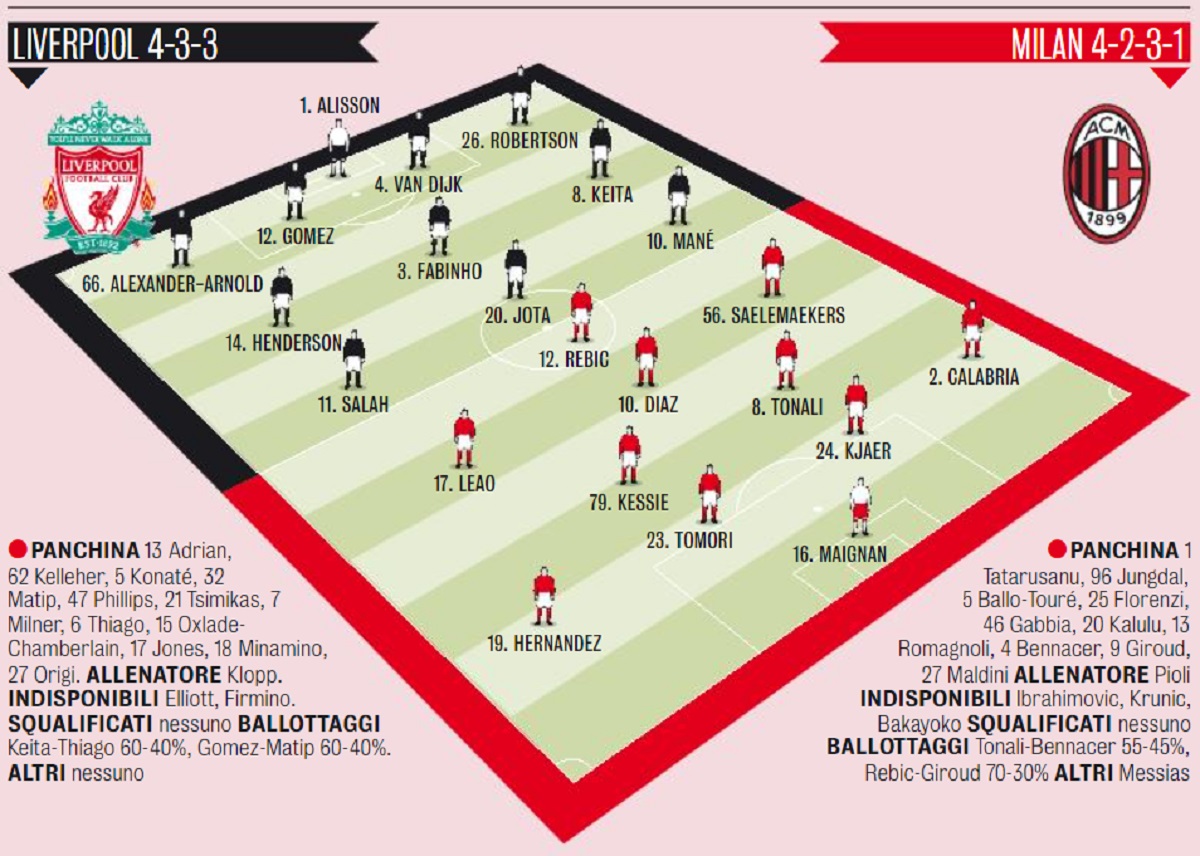 GdS: Probable XIs for Liverpool vs. Milan – Rebic and Tonali favourites to start

AC Milan will take on Liverpool tonight in their first Champions League game since 2014. In other words, it will be a very important game for the Rossoneri and Stefano Pioli seems to have a good idea of what the XI will look like.

According to today’s edition of Gazzetta Dello Sport (see photo below), Pioli is expected to field almost the same XI as we saw against Lazio. Instead of Alessio Romagnoli and Alessandro Florenzi, though, Simon Kjaer and Alexis Saelemaekers will start.

Sandro Tonali didn’t take part in the training session yesterday but has been included in the squad. He’s also expected to play from start as he’s ahead of Ismael Bennacer, who came off the bench against Lazio.

Up front, Ante Rebic is the big favourite to start as Olivier Giroud isn’t quite ready just yet, having recovered from Covid-19. Hopefully, it will be a positive evening for the Rossoneri.

READ MORE: From Italy without fear – Milan ready for UCL comeback vs. Liverpool