GdS: Probable XIs for Milan vs. Benevento – Leao returns to the wing; duo at 55% chance to start

AC Milan boss Stefano Pioli is set to revert to using Rafael Leao as a left winger for the game against Benevento, according to a report.

La Gazzetta dello Sport reported on Friday morning that Pioli is set to stick with a 4-2-3-1 formation that could function more as a 4-2-2-2. Now, the paper are reporting that Donnarumma will be in goal with a back four of Calabria, Kjaer, Romagnoli and Theo Hernandez protecting him.

Kessie and Bennacer will be the midfield double pivot as expected, with Saelemaekers and Leao occupying the right and left wing respectively and Calhanoglu behind Zlatan Ibrahimovic as the playmaker.

As was reported last night, there are small doubts about Calabria and Kjaer’s conditions as both had flu symptoms yesterday, and they are listed as a 55% chance to start with Dalot and Tomori ready to replace them respectively. 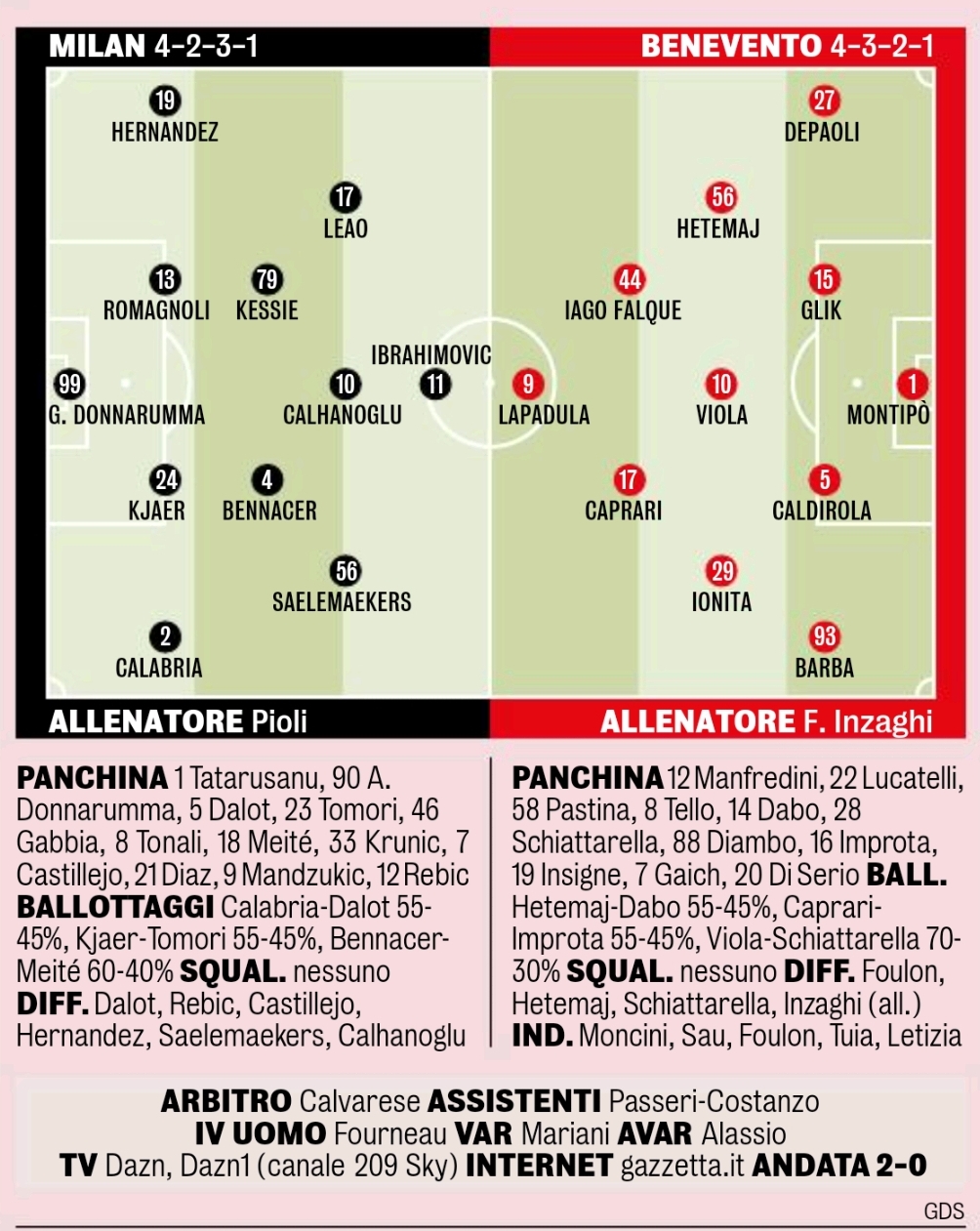