Some team news has emerged ahead of Sunday’s game against Cagliari at San Siro, which will be AC Milan’s first home match of the new campaign.

Monday night’s game against Sampdoria was far from a classic, but the Rossoneri got their 2021-22 campaign off to the ideal start with a 1-0 win and a clean sheet, during which Brahim Diaz and Mike Maignan were the most impressive.

As this morning’s edition of La Gazzetta dello Sport reports, Maignan will get the nod between the posts again as he looks for another clean sheet, which would end up being Milan’s seventh in a row in the league when counting the five to end last season.

The back four will be Davide Calabria, Simon Kjaer, Fikayo Tomori and Theo Hernandez from right to left, while the only change will come in the midfield as Ismael Bennacer steps back in to replace Rade Krunic and partner Sandro Tonali.

Alexis Saelemaekers should be the right winger with Rafael Leao on the opposite flank, and Brahim Diaz operating in the playmaker role behind No.9 Olivier Giroud, looking for his first ever Serie A goal. 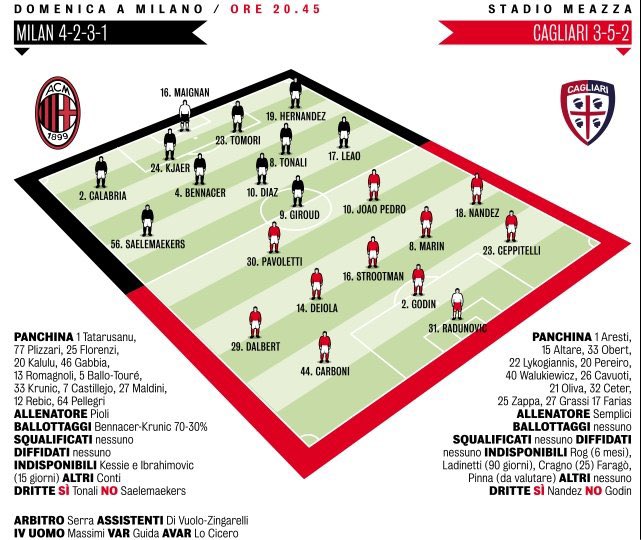 READ MORE: All the details of Bakayoko’s Milan return emerge as Pobega prepares for new loan