GdS: Probable XIs for Milan vs. Crotone – Leao the playmaker; Meite to get the nod again

Despite seeming as though Milan were going to have almost a full squad to pick from, Stefano Pioli will be forced into certain selections against Crotone.

According to La Gazzetta dello Sport, Gianluigi Donnarumma will be protected by a back four of Davide Calabria, Fikayo Tomori, Alessio Romagnoli and Theo Hernandez from right to left.

In fact, there will be just one change to the XI and that is in the midfield, as Soualiho Meite will start alongside Franck Kessie instead of Sandro Tonali. The latter struggled with a minor injury, but has recovered and will be on the bench. Ismael Bennacer has a fever and has been left out.

Alexis Saelemaekers, Rafael Leao and Ante Rebic will form the attacking trio behind Zlatan Ibrahimovic, who is in search of his 500th club goal, while Leao will be in the trequartista role that Calhanoglu usually occupies. 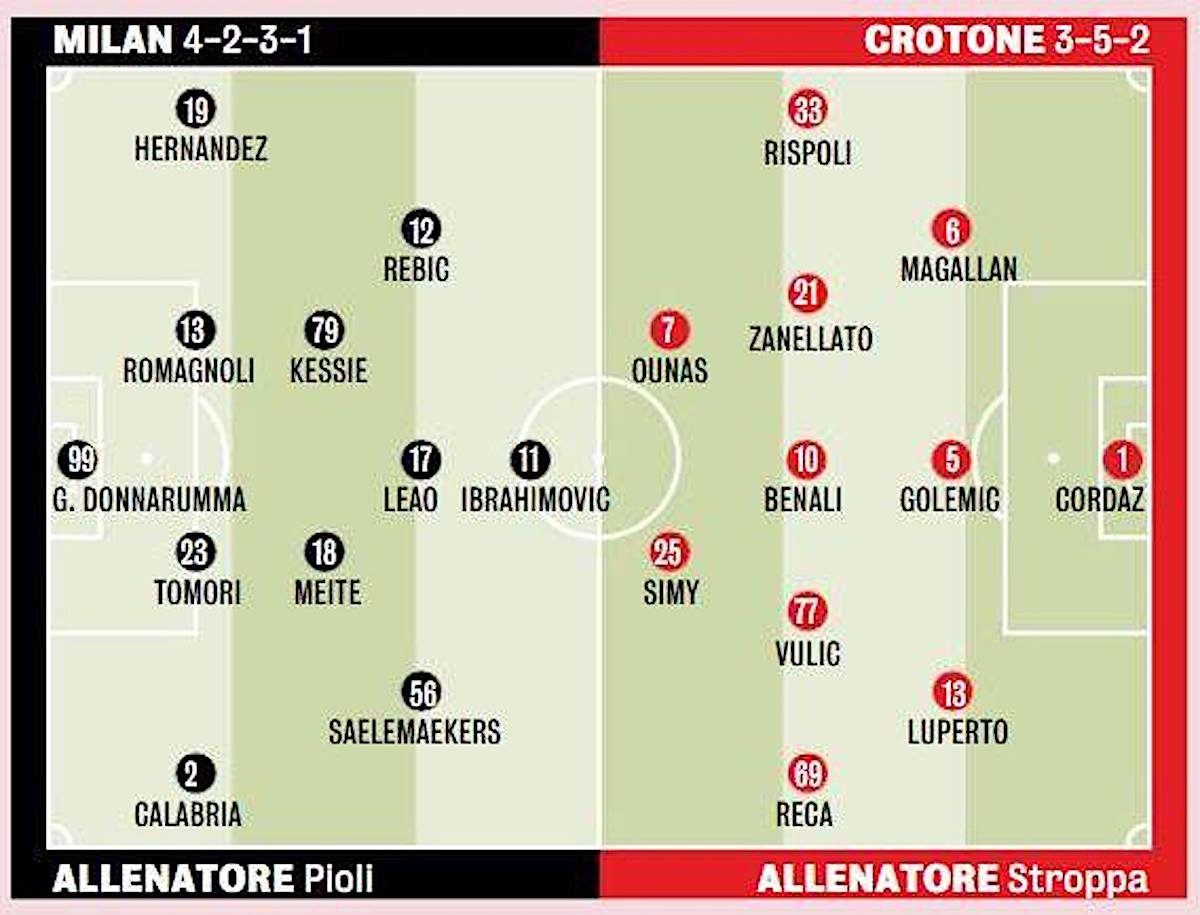