AC Milan and Inter will take on each other in the Derby Della Madonnina this evening, with the former hoping to extend their unbeaten run in the league. It seems Stefano Pioli has a pretty good idea of the XI.

Late last night, it was reported that Pioli tried Brahim Diaz in the right-wing role (read more here), with Rade Krunic expected to start in the No.10 role. However, this report wasn’t confirmed by Gazzetta Dello Sport this morning.

Simon Kjaer and Fode Ballo-Toure will start at the back, as expected, since the Dane has been crucial lately and Theo Hernandez is serving a one-game ban. In midfield, the duo will be Sandro Tonali and Franck Kessie, as Ismael Bennacer needs some rest.

The battle in the attacking trio, per the newspaper, isn’t the right-wing but rather the No.10 role. Krunic is way ahead of Diaz on that one and Alexis Saelemaekers will keep his spot to the right. 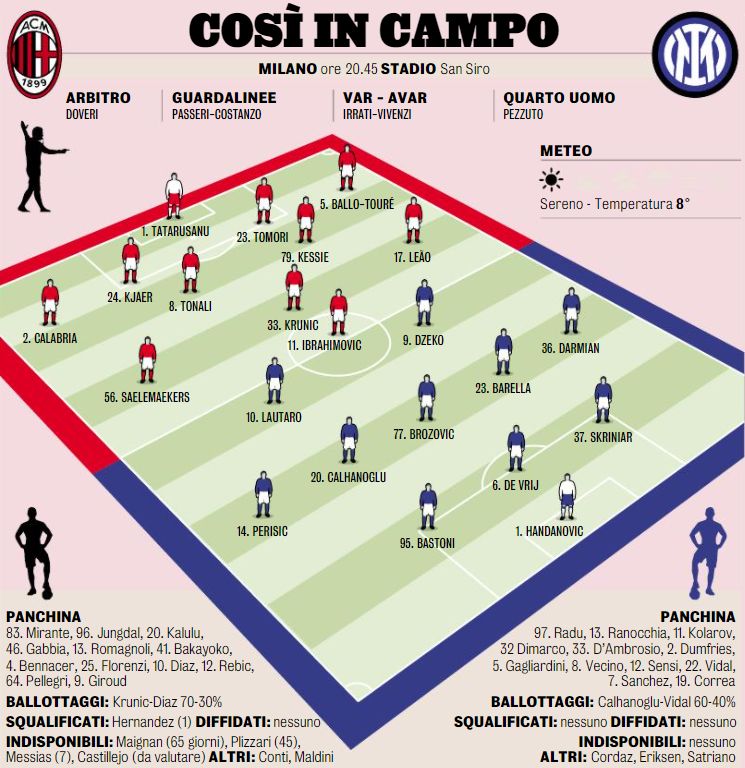