GdS: Probable XIs for Milan vs. Lazio – three doubts for Pioli to resolve

AC Milan head coach Stefano Pioli is not expected to risk Zlatan Ibrahimovic in the starting line-up for today’s game against Lazio, it is claimed.

As this morning’s edition of La Gazzetta dello Sport confirms, both Franck Kessié and Zlatan Ibrahimović are back, and while the Ivorian will certainly play from the start there are doubts about Ibra, who is expected to come on in place of Ante Rebić during the game.

Alessio Romagnoli is favoured over Simon Kjær to partner with Fikayo Tomori and in the forward group Alessandro Florenzi should be a starter over Alexis Saelemaekers, who will be rested.

HERE LAZIO – There does not seem to be, however, any doubt of training for Sarri. The form was confirmed , 4-3-3 , the defense confirmed as a block (with Adam Marušić playing right-back and the battered Manuel Lazzari at the most ready for the bench). In midfield, with lots of imagination Sergej Milinković-Savić and Luis Alberto while in attack speed and unpredictability of Pedro and Felipe Anderson will be at the service of the killer instinct of Ciro Immobile . 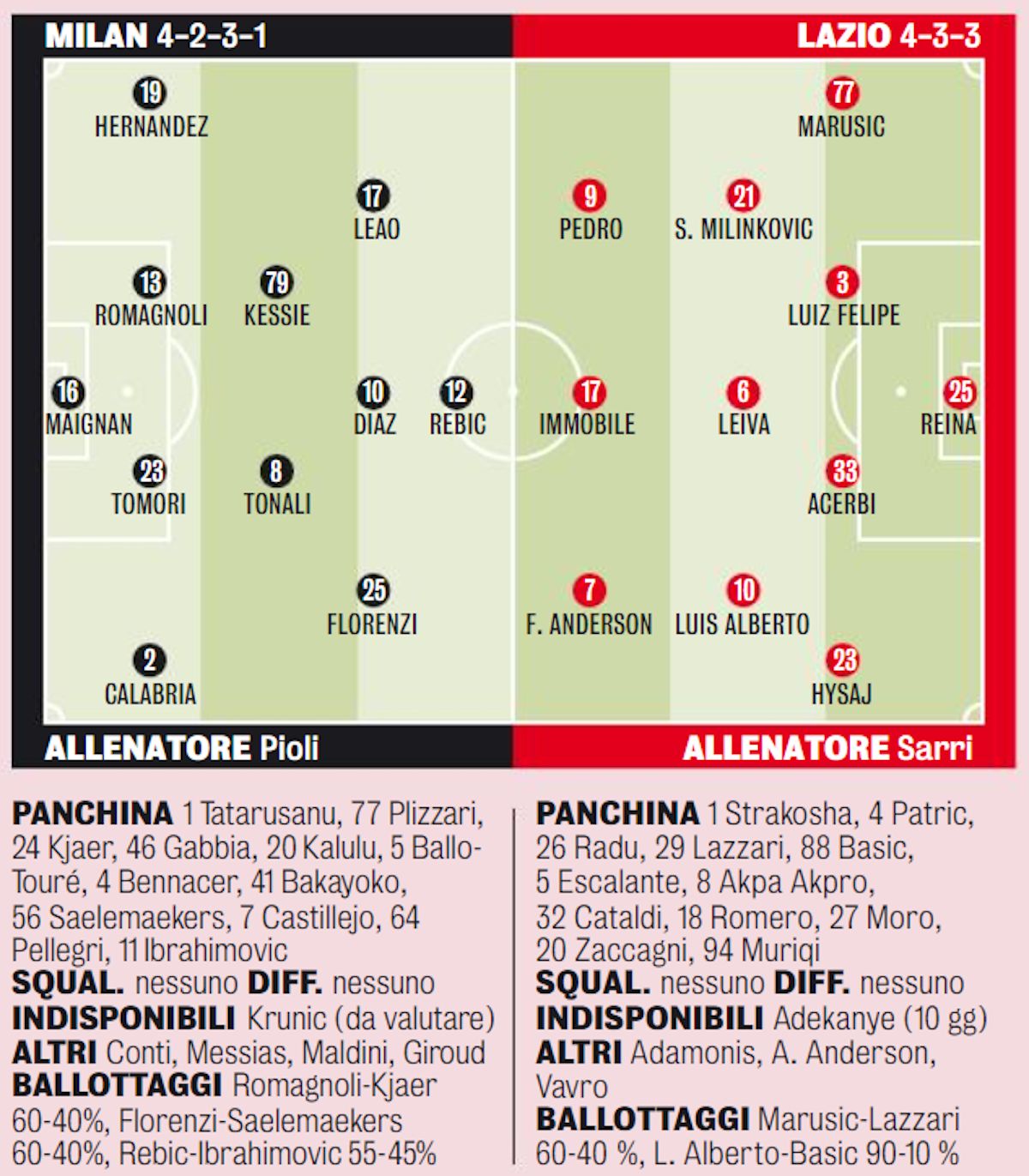