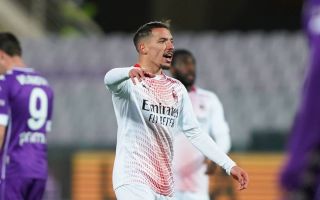 Milan are currently gearing up to face Sampdoria at San Siro and it will be a very important game for them, as they want to start the season finale right. And by the looks of it, Stefano Pioli will field a strong XI.

There will be a few changes to the starting eleven that took the pitch in the impressive 3-2 win against Fiorentina. Ismael Bennacer came on in the second half of that clash but is now ready to play from the first minute.

The Algerian is a key player for Milan and he made a huge difference when he came on, showing just how much the Rossoneri need him. In addition to that change, which sees Sandro Tonali move to the bench, Ante Rebic is also back from start.

He was supposed to serve the last game of his two-game ban tomorrow but Milan managed to get it down to just one game. He will replace Brahim Diaz, who’s reportedly struggling with a minor issue and thus wouldn’t have started anyway.

📰 #ACMilan's probable XI for the clash vs. Sampdoria, per @Gazzetta_it.