AC Milan will face Real Madrid in their penultimate preseason friendly tonight, looking to build off the penalty shootout defeat to Valencia in midweek.

Today’s edition of La Gazzetta dello Sport has the line-ups that we should see in tonight’s game in Austria, with Mike Maignan expected to start in goal and a back four of Davide Calabria, Fikayo Tomori, Alessio Romagnoli and Theo Hernandez ahead of him.

Bennacer and Kessie are not in the squad due to the former having just recovered from Covid and the latter being on Olympic duty, so a double pivot involving Rade Krunic and Sandro Tonali is anticipated as per the newspaper.

As for the attack, Alexis Saelemaekers and Rafael Leao should occupy the right and left wing spots respectively, with Brahim Diaz in the No.10 position behind centre-forward Olivier Giroud. 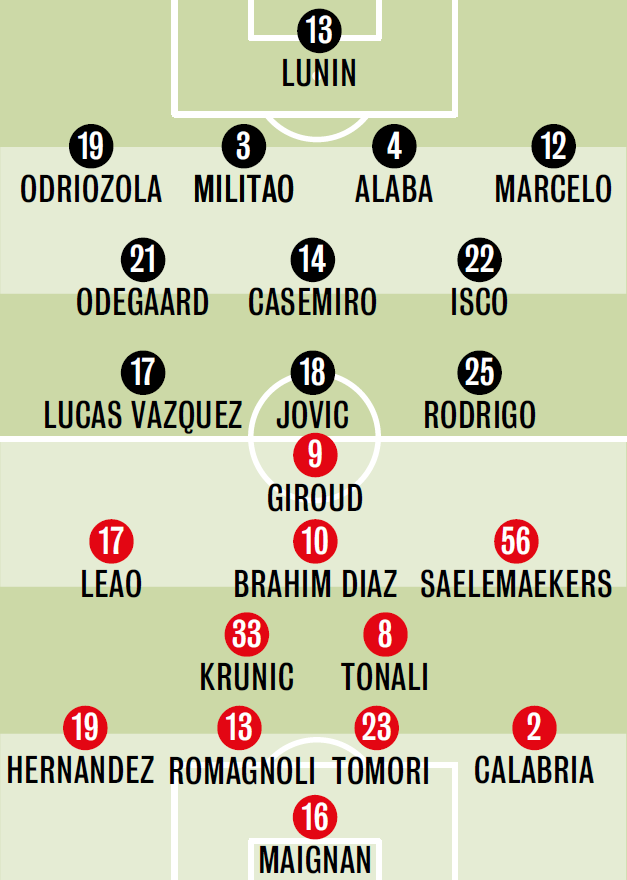 Tags AC Milan Milan Real Madrid
Related Articles
Tomori ‘excited’ to return but fires warning to Chelsea ahead of Milan’s visit
3 October 2022, 21:42
MN: Why Milan and other clubs have become more prone to injuries
3 October 2022, 21:23
Pellegatti gives thoughts on Leao’s renewal: “Milan only have to pay a third of his value”
3 October 2022, 20:45
Serie A Standings