GdS: Probable XIs for Udinese vs. Milan – Florenzi, Bennacer and Saelemaekers back in

AC Milan head coach Stefano Pioli is expected to make some changes to his starting line-up for the game against Udinese compared to the team that lost to Liverpool.

According to this morning’s edition of La Gazzetta dello Sport, Mike Maignan should be protected by a back four of Alessandro Florenzi, Fikayo Tomori, Alessio Romagnoli and Theo Hernandez for the game at the Dacia Arena.

The double pivot should consist of Ismael Bennacer and Sandro Tonali which means Franck Kessie will drop to the bench. Alexis Saelemaekers is expected to be the right winger, Brahim Diaz the playmaker and Rade Krunic on the left behind Zlatan Ibrahimovic who should be the striker again. 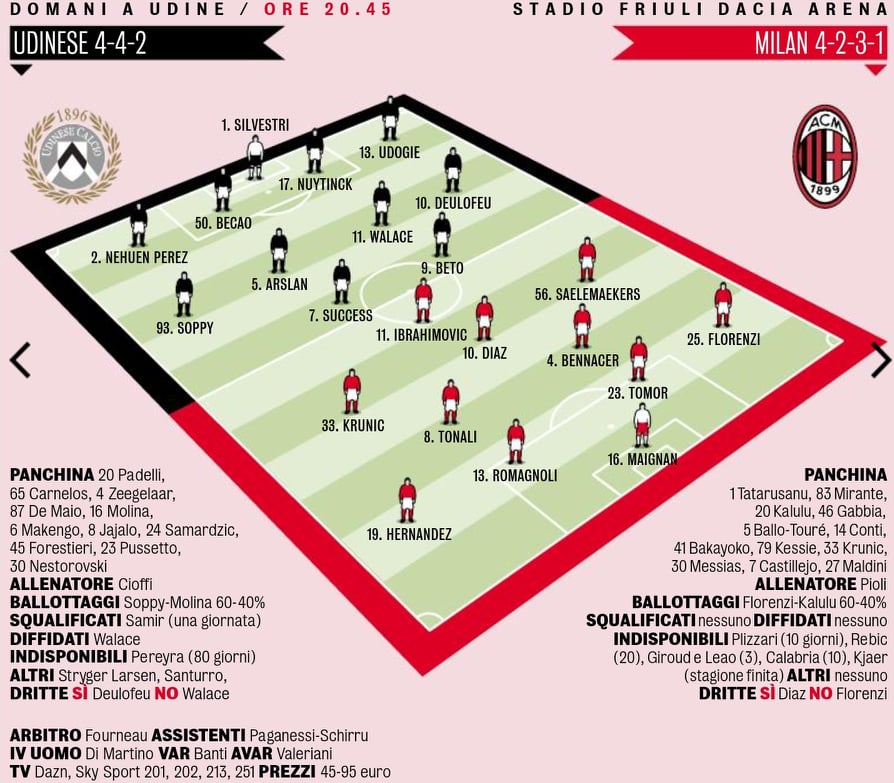