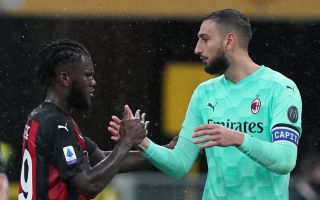 Franck Kessie is yet to renew his contract with AC Milan, despite the words during the Olympics, and the parties are still far from an agreement. As you would expect, therefore, several big clubs are monitoring the situation.

As reported by today’s edition of Gazzetta Dello Sport (via MilanNews), Paris Saint-Germain are ready to make a move for Kessie, just like with Gigio Donnarumma. Milan, for their part, have already done their best in the negotiations.

The Rossoneri put €6.5m on the table but that was rejected by Kessie, who’s now hiding behind a demand of €8m plus another €2m in bonuses. This is too much for Milan but it’s certainly within reach for PSG-

Kessie is currently recovering from his injury and he has always made it clear that he wants to stay, just as his agent has always been loyal to Milan. However, now the fear of losing him for free is real.

READ MORE: The program of the day as Milan continue international break training