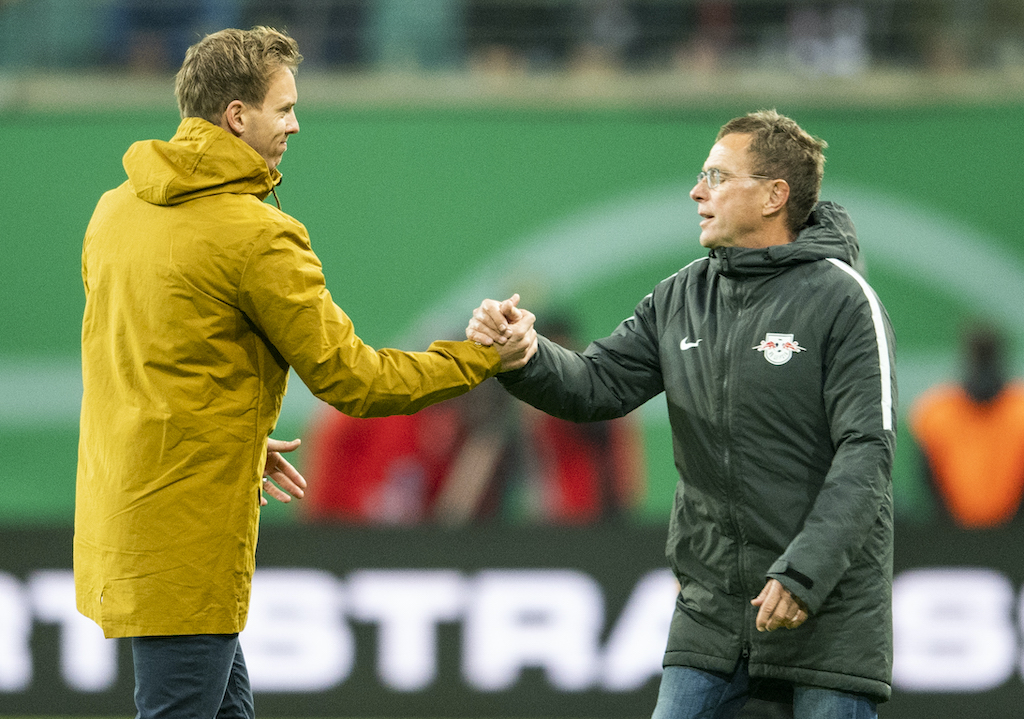 GdS: Rangnick may hire coach and be only director – RB Leipzig’s Nagelsmann on pole

Ralf Rangnick’s arrival at Milan is no longer a mystery, but his role is seemingly yet to be unanimously agreed upon by media outlets.

So far there has always been talk of the double role he would play, and we reported via our correspondent Vito Angele on Thursday evening that Rangnick will indeed agree a role as manager – that is the double responsibility of head coach and the man in charge of the transfer market.

According to La Gazzetta dello Sport (via MilanNews) on Friday however, in the last few hours the possibility that the German will arrive as technical director and entrust the head coaching duties to another coach is making beginning to gather pace.

The paper even mentions that current RB Leipzig boss Julian Nagelsmann could be that man, as he was chosen for the Bundesliga side by Rangnick and is a man that the 61-year-old knows and trusts.

There is already an excellent understanding and both have the same vision of football, and it would allow Rangnick to focus his powers on the revolution he wishes to impose from a recruitment point of view.

His teams will have to play the same way from the bottom up and that includes the Primavera. The paper adds that for now the German has not signed any contract and still has to have a decisive meeting with Elliott and in particular with Gordon Singer to establish the final details.