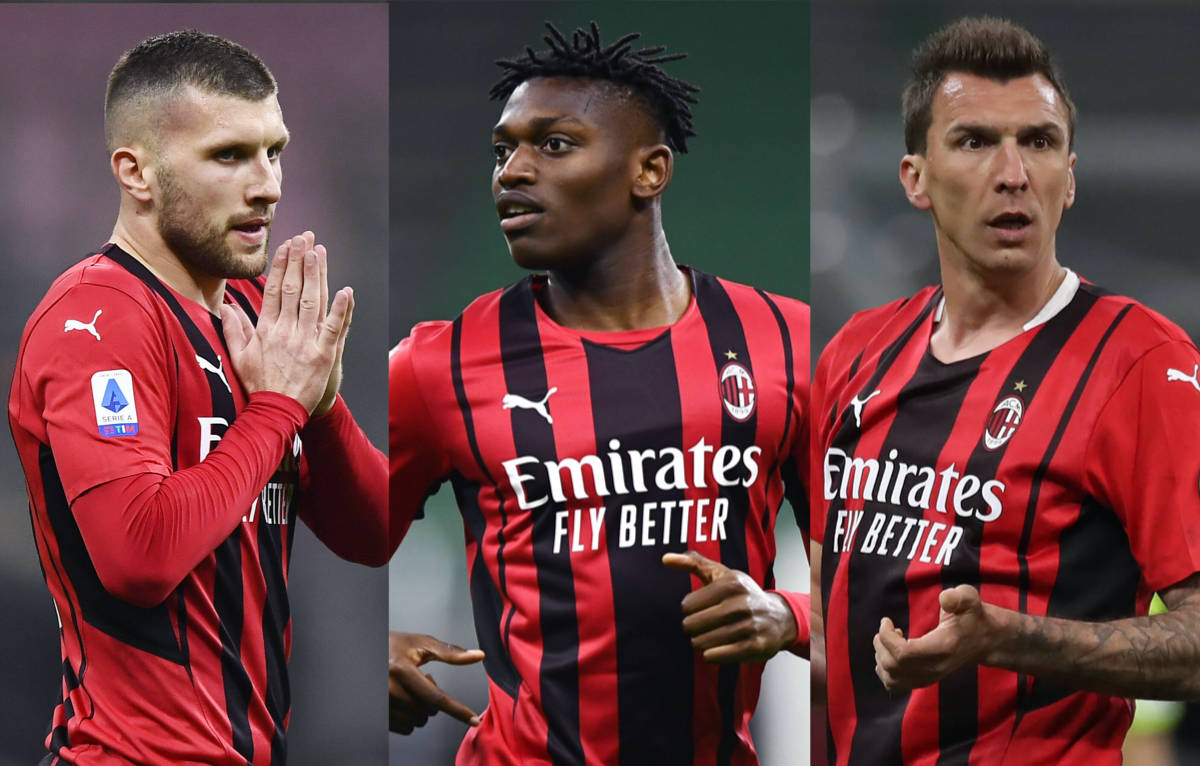 GdS: Rebic, Leao and Mandzukic battling to start vs. Atalanta – the pros and cons of each

AC Milan boss Stefano Pioli must once again choose from three players to step in and be the centre-forward on Sunday against Atalanta, but this time he cannot get it wrong.

With Zlatan Ibrahimovic out until the end of the season due to a knee injury, Pioli has been left to choose between Ante Rebic, Rafael Leao and Mario Mandzukic as his replacement for the game against Atalanta, in which the Rossoneri know only a win guarantees them a spot in the top four. La Gazzetta dello Sport have taken note of the pros and cons of each…

Pros: He is the striker who has performed best in recent weeks and loves the second round of the season. Against Cagliari it was a bad match for the Croatian just as it was everyone, but against Juve and Torino Rebic scored four times and was able to play the role by utilising his smart movement. Of the 11 goals scored in the current league season, 10 have come in the second round, and he is a player who presses hard and sacrificies when not on the ball.

Cons: The performance against Cagliari was bad for almost all the Rossoneri players, but Rebic stood out because he often got tangled in position, showed poor reactivity such as the cross that he couldn’t direct goalwards, and made errors in possession. He is not a tidy player even at the best of times.

Pros: Leao is a player that loves being stimulated by a big challenge and trying to prove critics wrong, and Sunday might be the best possible chance to show what he can do. He is capable of escaping any market, of inventing fantastic plays, of taking the whole attack on his shoulders. Against Torino the assist to Rebic showed his improved decision making and his pace could cause Atalanta issues.

Cons: With Leao there is no middleground: he either takes the game by storm or hangs around on the pitch looking lost. In recent times, unfortunately, the second aspect prevails and it really seems that there is nothing able to turn him on. Even against Cagliari despite a full half and playing on the left, he did not make a mark. He also has just two goals in 2021.

Pros: He has reached the last chance to leave at least have some impact at Milan, to score at least one goal which in this case would have an enormous value and could also change his destiny. With his great experience in decisive games, he could cause problems that the other two cannot. There is a reason everyone wanted to see him on the pitch against Cagliari well before minute 89: because the Croatian can effectively occupy the area and give a target for crosses.

Cons: His lungs are obviously the first problem because his athletic condition is not the best. Then there are his movements (or lack of) because when Milan attack as they know, with the ball moving fast, the four in front often exchange positions, overlap, draw out the defenders and open up space for insertions. With him the game would be more similar to when Ibra is there; more predictable, more static.

🤔 Who do you think should start? Tell us in the comments below! 👇