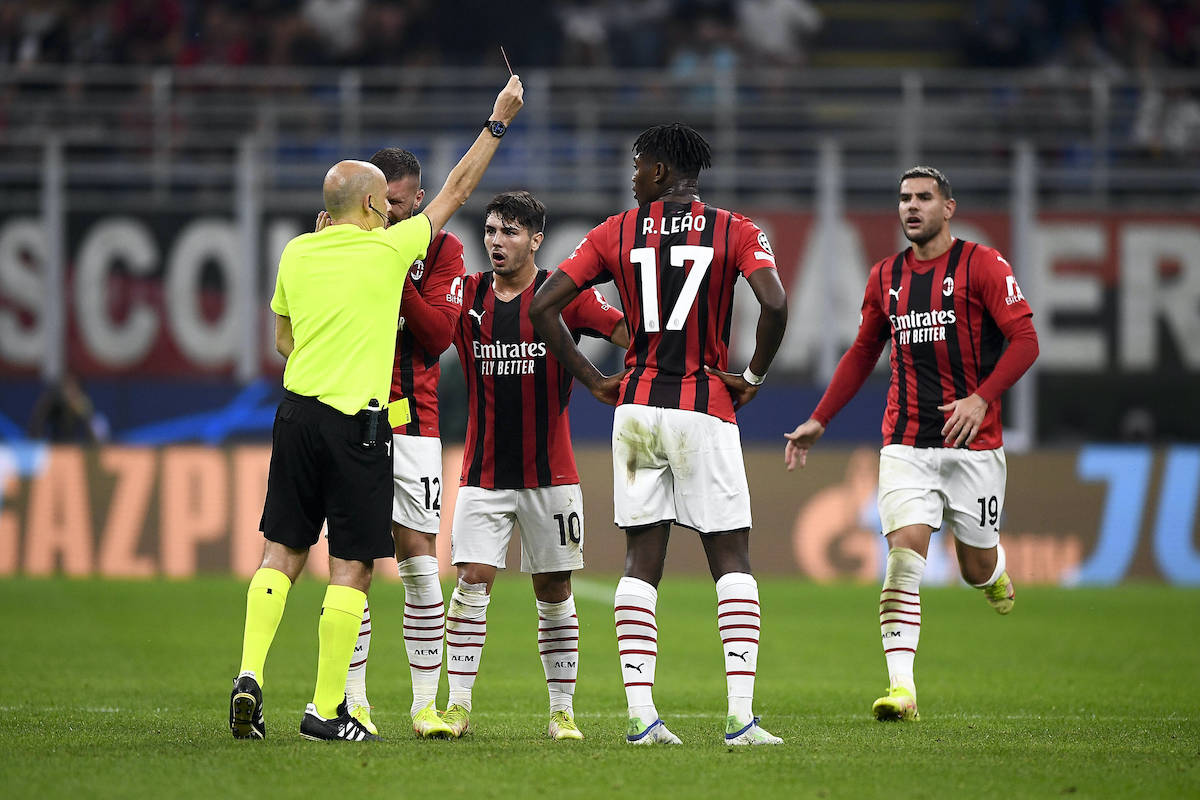 AC Milan’s first in the Champions League at San Siro after seven very long years ends with an undeserved defeat against Atletico Madrid.

This morning’s edition of La Gazzetta dello Sport (via MilanNews) recalls that the LaLiga champions played with the extra man for more than an hour but only found an equaliser inside the final 10 minutes having thrown every attacking player on, and the winner came in the most controversial of circumstances.

The red card given to Kessie meant that Milan had to try and show great resistance in the second half, but in the end the Rossoneri have been left on zero points after two games, even if the errors of referee Cakir were decisive.

First it was too rash to give a second yellow to Kessie, while in added time of the second half he granted a penalty to the Spaniards for what he adjudged to be a hand ball from Kalulu though from the replays it was then very clear how it was Lemar who touched the ball with his hand before the French defender.

Despite the presence of the VAR the decision not changes, and now the race for the knockout round has become a lot more complicated, but the great performance remains as Pioli’s team idominated and played an incredible game up to the red card.