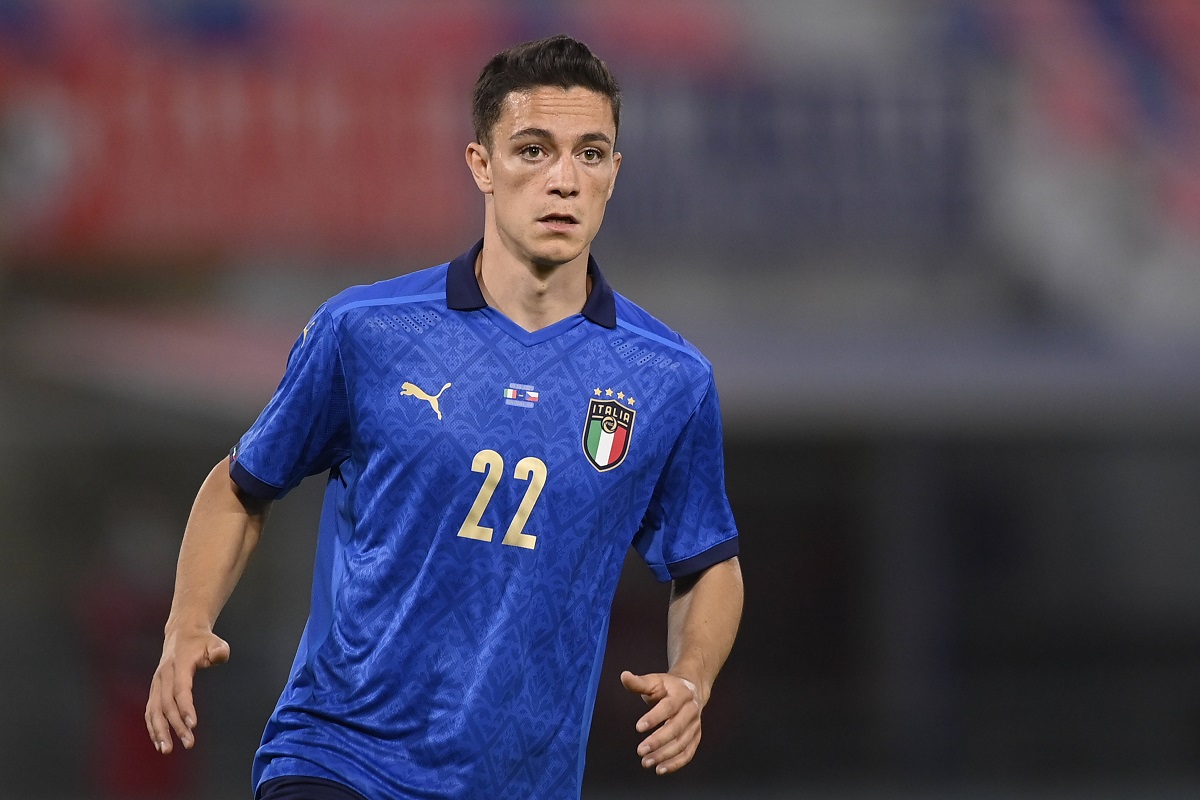 Milan have several names on their wish list for the deputy role up front, keen on securing the right man very soon. Olivier Giroud seems to be the most likely option, but his renewal with Chelsea has complicated things.

In addition to the Frenchman, as reported by Gazzetta Dello Sport (via MilanNews), the Rossoneri are also monitoring the likes of Dusan Vlahovic, Gianluca Scamacca and Giacomo Raspadori. The latter is an interesting one, given his characteristics.

Unlike the other three mentioned, he doesn’t have the same size but he’s shown to be very prolific in front of goal. Snatching him from Sassuolo wouldn’t be easy, as the newspaper points out, especially since he has impressed a lot lately.

In fact, he was included in Italy’s squad for the Euros, which came as a surprise to many. However, you can understand the decision as Raspadori offers something else compared to Andrea Belotti and Ciro Immobile.

READ MORE: Milan could be forced to include counterparts to lower Tonali fee