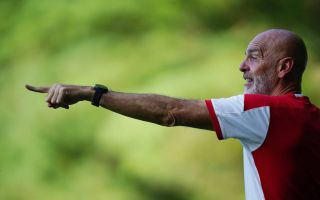 AC Milan boss Stefano Pioli is not expected to spring any surprises in his starting XI for Thursday’s Europa League game against Shamrock Rovers.

The Rossoneri travelled to Dublin on Wednesday ahead of the second qualifying round clash at Tallaght Stadium, but they did so without the injured Romagnoli, Conti, Musacchio and Leao plus the suspended Rebic.

According to MilanLive and Tuttosport (via MilanNews), Pioli will field a back four from right to left of Calabria, Kjaer, Gabbia and Theo Hernandez to protect Gianluigi Donnarumma, with Kessie and Bennacer ahead of the defence.

Sandro Tonali has been called up, but he is not yet in optimal condition and will start from the bench. Swedish centre-forward Zlatan Ibrahimovic will be supported by Castillejo on the right, Calhanoglu down the middle and Saelemaekers on the left.

Stephen Bradley’s Shamrock Rovers should take the field with a 3-4-3 formation. In goal Mannus protected by the defensive trio of O’Brien, Lopes and Grace. In midfield Finn and Lafferty will be on the side lanes.

The central midfielders will be McEneef and O’Neill. In attack Burke and Byrne support the centre-forward Greene.