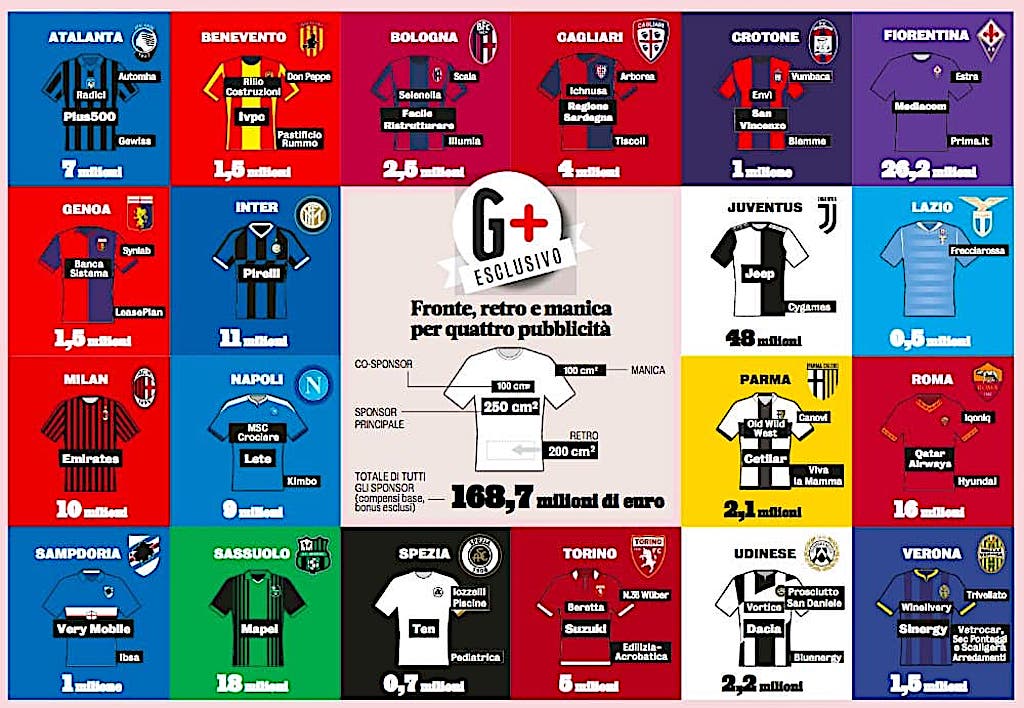 Today’s edition of La Gazzetta dello Sport has taken a look at the revenues each of the Serie A teams receive from their shirt sponsorship deals.

Milan come in sixth place with Fly Emirates, a deal that was recently renewed with an important nuance: they are no longer the exclusive sponsor of clothing, meaning the door is open for a sleeve sponsor and also a sponsor for the training apparel.

Juventus are obviously the runaway leaders in first place, but the other two podium positions are perhaps a surprise as Fiorentina are second with Mediacom and Sassuolo are in third with Mapei.

Roma are above the two Milan clubs thanks to their deal with Iqoniq (sleeve sponsor), while the total for the league is €169m – €5m higher than a year ago but way behind the Premier League which is over €400m.