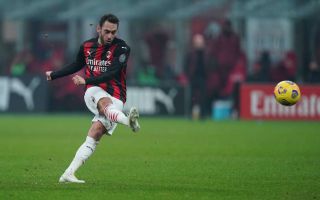 AC Milan will hold an all-important meeting with Gordon Stipic to try and resolve the future of Hakan Calhanoglu, according to a report.

La Gazzetta dello Sport reports that the crucial summit between Calhanoglu’s agent and the Rossoneri management will take place at Casa Milan very soon. Paolo Maldini and Ricky Massara will take advantage of this meeting to try and find a compromise with the Turkish playmaker and his entourage

Before the game against Genoa in the evening, Stipic will be at the Rossoneri headquarters, but so far the parties have not found a way to talk constructively.

Milan have offered a salary rise to €3.5m net per season, while the player asks for a salary of more than €5m net – a gap still too wide to think optimistically.

So far Calhanoglu has given priority to Milan, but in recent months there has been no lack of contacts, as abroad Manchester United have come forward.