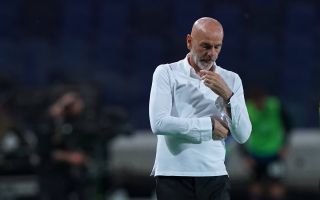 GdS: Stefano Pioli the lowest-paid manager in Serie A among the big clubs

Finishing second in the league with his Milan this past season, Stefano Pioli has received a lot of praise for his work. He arrived during a very tough time for the club but managed to work his way through it.

However, due to the fact that few had high hopes when he arrived at the club, he doesn’t have the best of contract terms. In fact, as reported by Gazzetta Dello Sport (via MilanNews), he’s the lowest-paid manager among the big clubs.

Pioli earns a €2m-a-year salary making him the worst paid coach among the top clubs in Serie A. Massimiliano Allegri is the best paid Serie A coach earning €8m-a-year with Juve, while Mourinho (€7m-a-year), Maurizio Sarri and Simone Inzaghi (around €4m-a-year each) and Luciano Spalletti (€3m-a-year) follow him.

With that said, the newspaper added that Milan are expected to sit down with the former Fiorentina boss soon to discuss a renewal of the contract, which will expire next year.