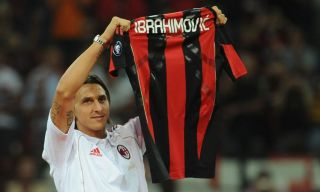 GdS: The date that Ibrahimovic is likely to play his first game back with AC Milan

Zlatan Ibrahimovic’s first game back as an AC Milan player is not likely to be the game against Sampdoria on January 6, a report claims.

A number of different outlets are reporting that the 38-year-old has said yes to another spell at San Siro, and the striker himself may have confirmed the move on his Instagram story.

Milan have been persistently linked with a move for Ibrahimovic by a number of outlets over the past two months, but it appears all is now set for the Swede’s return.

Details of Ibrahimovic’s contract have been revealed by a couple of different reporters, but now more information regarding his physical condition and possible debut have emerged.

According to La Gazzetta dello Sport – as cited by MilanNews.it – the 38-year-old is training alone waiting to return to Milan and join his new Rossoneri team-mates.

He will be at Milanello by the middle of next week and is likely to be on the bench for for the match against Sampdoria on January 6.

From a physical point of view, the former PSG man will be ready in 15 days and therefore his debut as a starter could take place on 15 January in the Coppa Italia against SPAL.