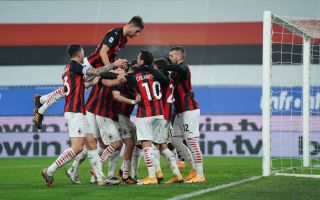 GdS: The four secrets of a Milan in red-hot form – from style of play to Ibrahimovic

A mature and determined Milan, stronger than injuries and COVID. In recent months, Pioli’s men have shown that they can withstand shocks and make up for the various and numerous absences. Including that of Ibrahimovic.

According to La Gazzetta dello Sport (via MilanNews.it), there are four secrets of the high-flying Milan, and it starts with the style of play. It’s impossible to achieve so many wins without a proven mechanism, as anyone can understand.

Pioli has managed to each an extraordinary goal: anyone who plays knows exactly what to do, how to move on the pitch and how to be useful to the cause. This is an aspect that shouldn’t be taken lightly, as it’s worth a lot.

The second secret is harmony, as the owners haven’t imposed any tough goals such as Champions League qualification, let alone winning the Scudetto. Milan, therefore, know they can play without pressure or mental burdens.

Milan, despite playing every three days, have shown excellent resilience. The third secret, therefore, is the athleticism. In this sense, two elements are especially beneficial: one is the average age (very young), the other is a well-built squad.

Finally, the addiction, or rather non-dependence on Ibrahimovic. The Swede remains the reference champion, the undisputed leader (so it’s better to have him on the pitch than not), but Pioli has managed to find alternative solutions.

And the team has continued to win even without the 39-year-old. Compared to the other big teams, Milan can afford to give up their biggest star if needed.