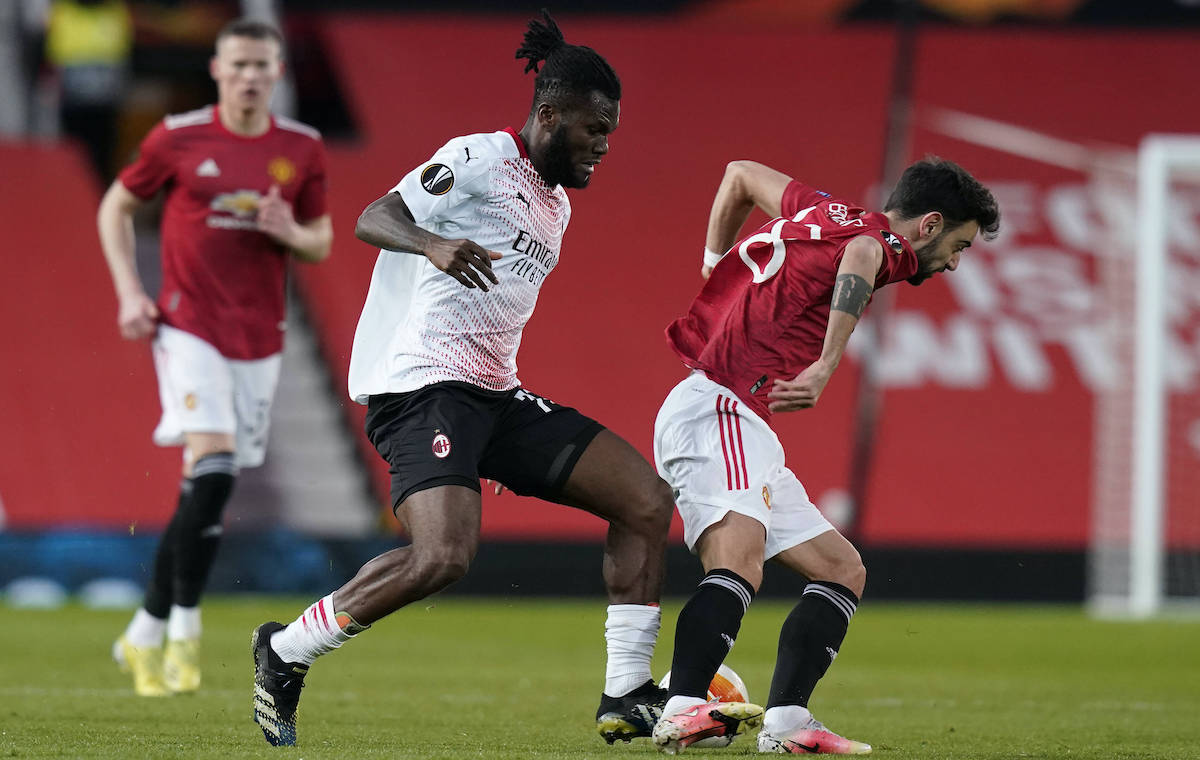 GdS: The ‘K Factor’ is Man Utd’s undoing as it was in 2007 – Milan’s two leaders outstanding

AC Milan were outstanding as a unit against Manchester United last night, but two men – namely Franck Kessie and Simon Kjaer – stood out in particular.

As La Gazzetta dello Sport writes (via MilanNews), in the absence of many big names – including the team’s leader Zlatan Ibrahimovic – it was the Ivorian and the Dane who took the young team of Pioli under their wing and led by example with excellent performances.

Kessie dominated in the middle of the field again and even scored a beautiful goal, which was ruled out by the VAR for an alleged hand ball that seemed wrong. Since joining Milan, Kessie has practically always played, but in the last year his growth has been exponential and now he has become an essential pillar of the core.

Back in January 2020 Kjaer arrived to shore up the defence, and he is one of the drivers of the improvement in the last year. He was also decisive in the attacking phase last night, scoring to make it 1-1 in the 92nd minute with his first goal for the Rossoneri.

The K factor also worked last night at Old Trafford, a stadium where it also worked in 2007 thanks to Kaka.