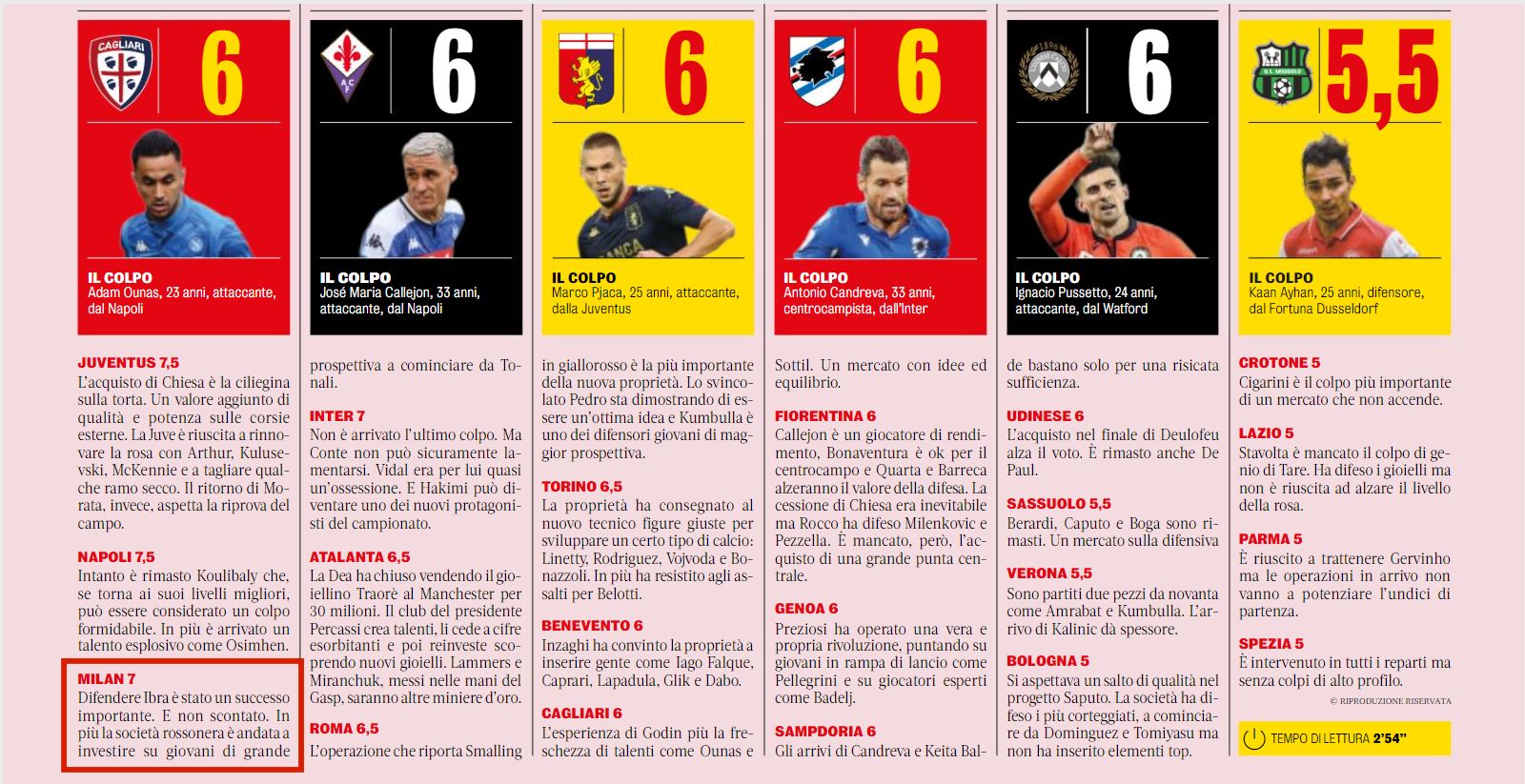 AC Milan’s summer transfer window was worthy of a score of 7 out of 10, according to Tuesday’s edition of La Gazzetta dello Sport.

The Rossoneri were able to get a number of notable deals done during the transfer window, including securing the return of Zlatan Ibrahimovic who signed a new one-year contract.

Then there was the making of Ante Rebic’s loan move into a permanent deal, while Diogo Dalot and Brahim Diaz both arrived on dry loans, with Sandro Tonali, Ciprian Tatarusanu and Jens Petter Hauge arriving from Brescia, Lyon and Bodo/Glimt respectively.

Today’s edition of La Gazzetta dello Sport gives a score to the market of each of the Serie A teams. According to the paper, Milan deserve a good score of 7, with the following judgement: “Keeping Ibra was an important and not obvious success. In addition, the Rossoneri invested in young players with great potential, starting with Tonali.”

In terms of the other scores awarded, Juventus and Napoli were top with scores of 7.5, while Inter also got a 7, Atalanta and Roma both with 6.5.