GdS: The two ways Milan could line up with new signing Florenzi in the team – photo

La Gazzetta dello Sport (via ItalianoCalcio) have taken a look at the two ways that Milan could line up if Florenzi were in the team, starting with a system whereby he plays in the right-back role with a back four of Kjaer, Tomori and Theo Hernandez, with Alexis Saelemaekers further ahead.

In the second iteration he actually replaces the latter as a right winger, with Davide Calabria therefore slotting back into the back four. 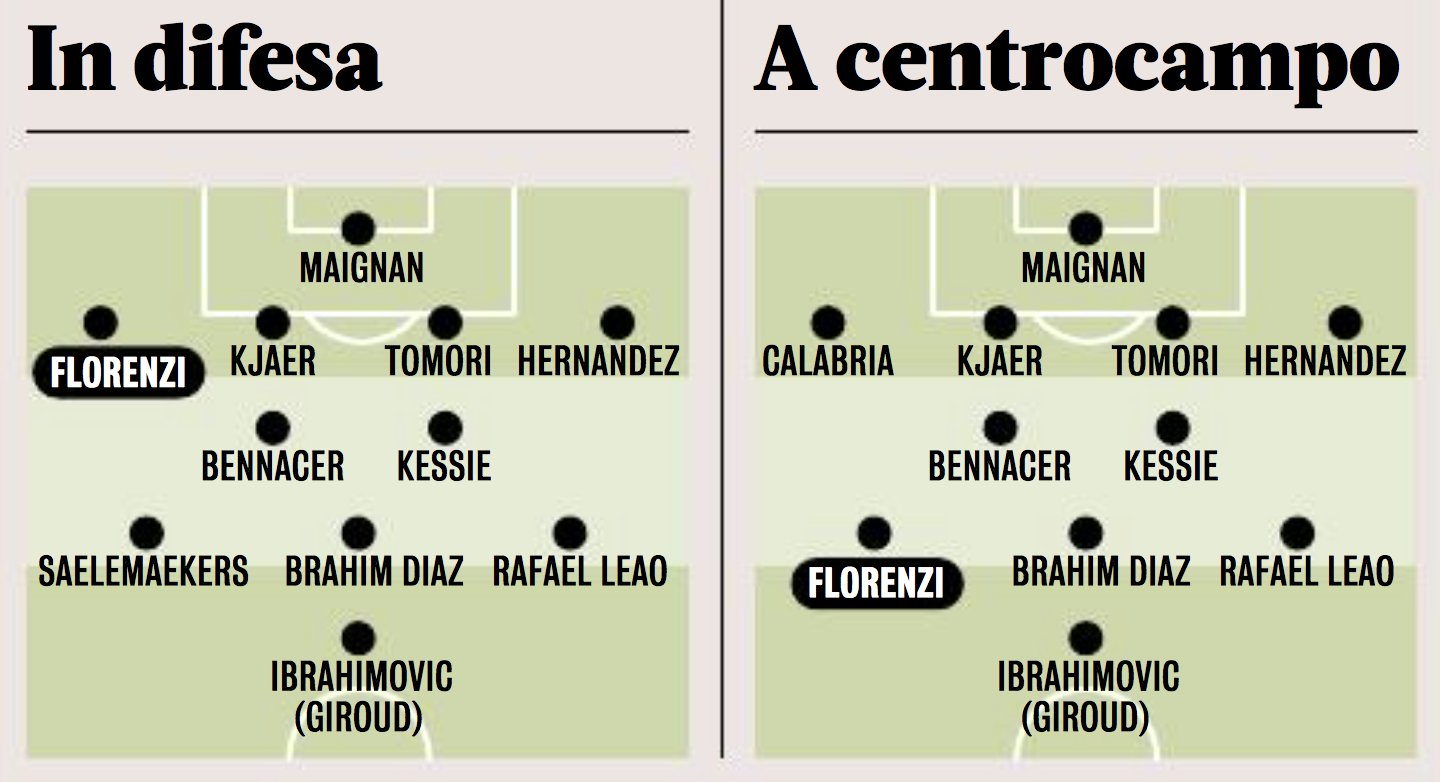