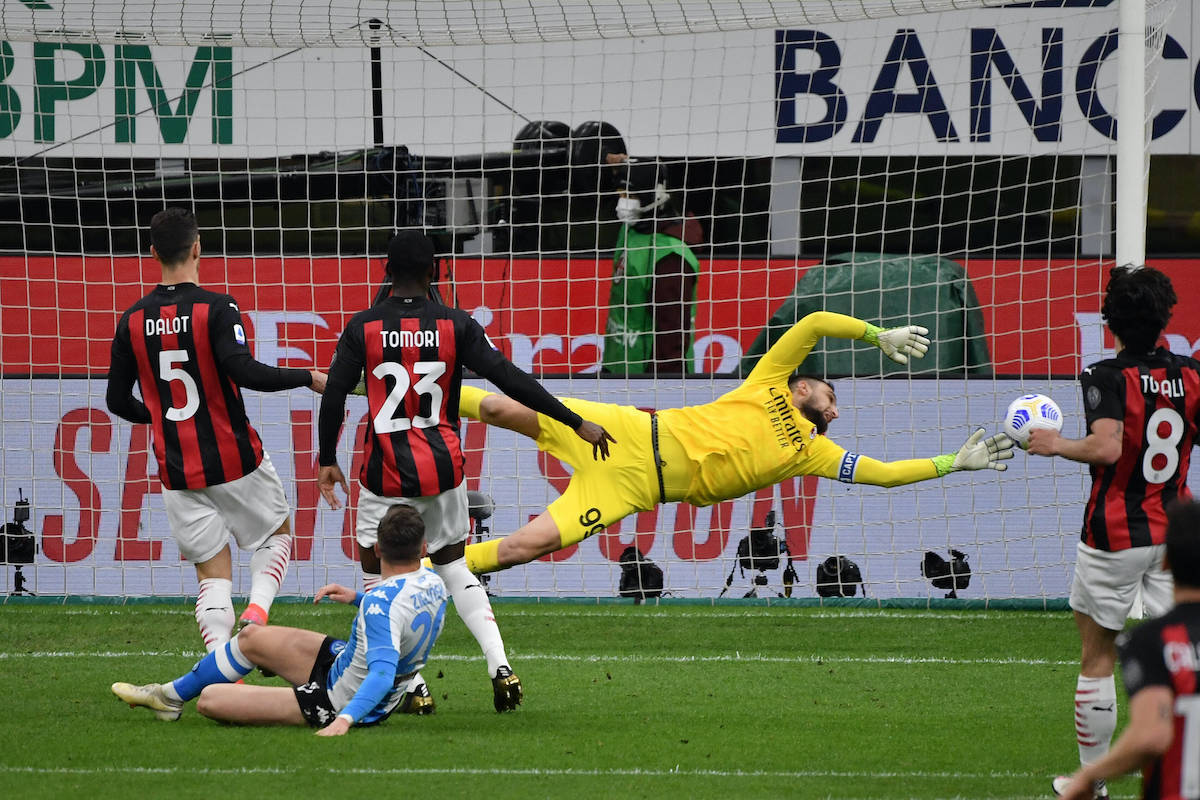 AC Milan have seemingly made the decision to allow Gianluigi Donnarumma to leave on a free, with Mike Maignan’s signing to be announced imminently.

La Gazzetta dello Sport have taken a look at the pros and cons of letting Donnarumma walk, starting with the obvious point that the club have freed themselves somewhat from the grip of Mino Raiola’s grip.

Another summer of haggling with Raiola – after having already done so in 2017 with Fassone and Mirabelli in charge – was not on the agenda. Elliott Management were able to send a clear signal by showing their blueprint must also be followed for the years to come, with no intention of getting into bidding wars with agents.

The second factor that favours Milan is the savings on the wage bill. Milan have not shown any problems regarding the regular payment of salaries, but it must be noted that €5m gross per year (for Maignan) versus €20m gross for Donnarumma is a huge difference.

Third positive: the timing. Acting quickly was essential to prevent the climate from getting too tense and many have clearly expressed their discontent towards Donnarumma, acknowledging that high-level club can be hostage by a player or an agent. Maldini and co. acted quickly to replace him with minimal fuss.

Now we move on to the doubts. The first reason for skepticism about the Rossoneri’s choice is quite obviously linked to the player’s value, as Donnarumma is 22, could be the goalkeeper of the national team for at least a decade and is potentially the most valuable player in the world in his position. Losing an elite player – for a club aiming to return to the top – is never a good sign and is not very much in line with the history of Milan.

The second concern is the role, as a goalkeeper is not just any player and whoever has an elite player between the posts has the advantage. Replacing a leader is not comparable to looking for great players elsewhere on the pitch.

The third perplexity is that Donnarumma was the vice-captain of Milan (behind Alessio Romagnoli, another player whose agent is Raiola). Losing leaders always upsets the balance, especially when considering that Milan’s other leader Zlatan Ibrahimovic’s agent is: you guessed it…