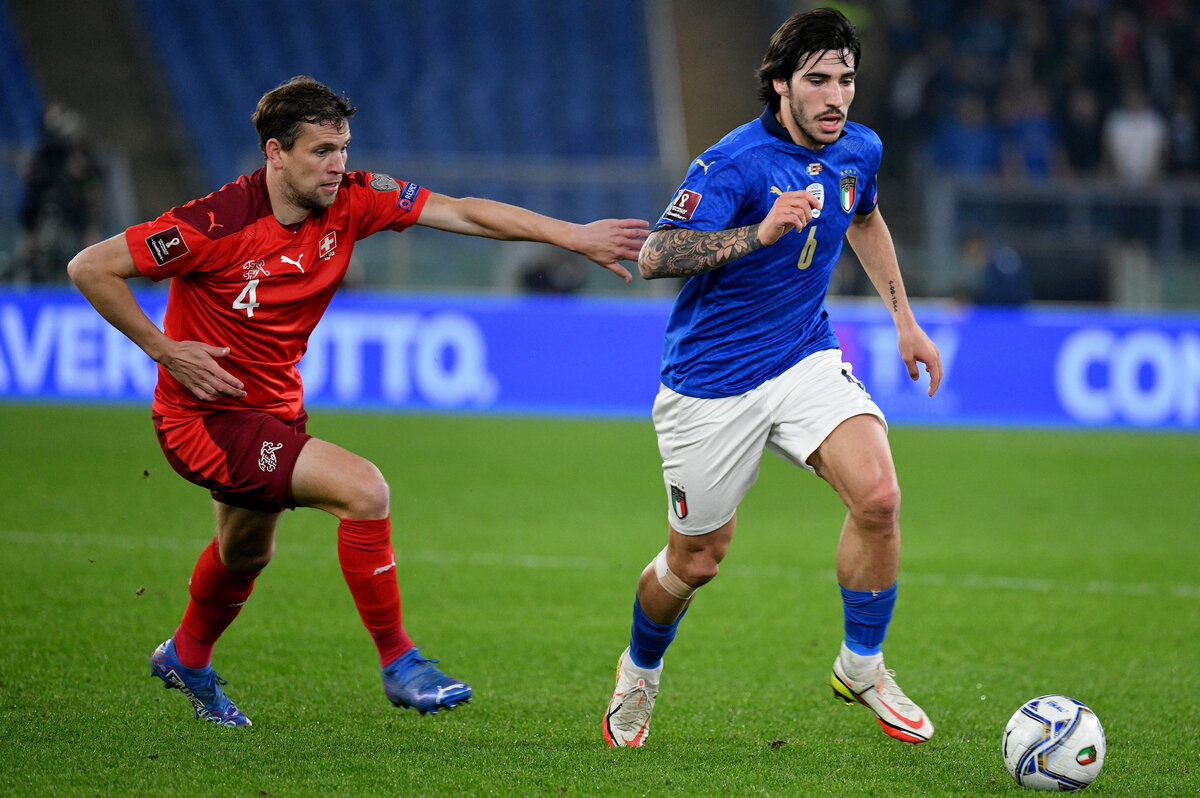 GdS: Tonali praised for second-half appearance in Italy vs. Switzerland – his rating

Sandro Tonali has had an impressive start to the season with AC Milan, earning himself a call-up to the Italian national team. Although he didn’t play from start, he came on and did well for the Azzurri last night.

Roberto Mancini’s men took on Switzerland in the penultimate game of the World Cup qualifiers and despite getting a penalty in the 90th minute, the game ended 1-1. The first spot in the group is thus not secured yet.

Tonali replaced Manuel Locatelli in the 58th minute and according to Gazzetta Dello Sport (via MilanNews), the Milan midfielder was one of the better players. He got the rating 6.5/10 and the newspaper wrote the following motivation.

“Another who could play immediately in Northern Ireland because he takes 30 seconds to get into the game. Elegant, deep, fast, head and legs to a thousand,” it said.

It’s very possible that Tonali could play from the first minute in the upcoming clash and it certainly makes sense to us Milan fans. The youngster has really exploded this season and his presence on the pitch makes a difference.