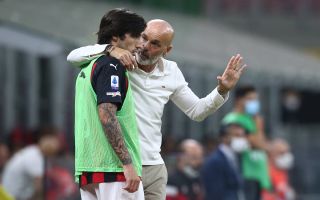 GdS: Tonali wants to repay Pioli’s trust and it starts with Sampdoria vs. Milan

After what was a very average first season with AC Milan, Sandro Tonali will be eager to prove his worth this time out and he’s been given a golden opportunity. Due to Franck Kessie’s injury, he will start the first league games.

As highlighted by Gazzetta Dello Sport (via MilanNews), Tonali must show that he has grown over the last year. Milan decided to make a significant investment to bring him to the club – twice – and the midfielder now needs to show that this was right.

Tonali had a good pre-season and it appears that he has learned a lot from his first year at the club. Stefano Pioli has now entrusted him with a starting spot due to Kessie’s injury and the youngster will have to repay that trust.

Above all, he needs to improve mentally as we all know that his physical condition is more than fair. It’s just a matter of making the right decisions in the right moments and Tonali wants to do this against Sampdoria.

READ MORE: Milan’s pursuit of Adli gets complicated as Bordeaux refuse to budge