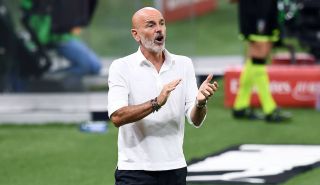 It has been a busy past week for the Rossoneri as Paolo Maldini and the management have wrapped up deals for Brescia starlet Sandro Tonali and Real Madrid playmaker Brahim Diaz.

While Tiemoue Bakayoko’s return is not yet official, it is also expected that the Frenchman will join Stefano Pioli’s ranks ahead of the 2020-21 season.

According to Friday’s edition of La Gazzetta dello Sport (via MilanNews), Pioli now has a dilemma on his hands in terms of which formation to use, given the wealth of options available in midfield.

The starting system will be the 4-2-3-1 with which Milan did very well in the last few months of last season, but the arrival of Tonali could allow the Milan coach to use more formations, such as the 4-3-3.

This is because the Italy international can also play the mezzala without any problems, and could provide more balance in games where a midfield presence is needed.