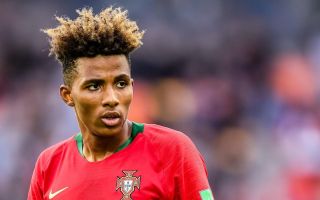 West Ham United have found a ‘complete agreement’ with Benfica over AC Milan target Gedson Fernandes, according to a report.

Sky reported last Thursday that Benfica are listening to offers for the 20-year-old, valued at €40m, with Lyon and Milan having ‘made formal offers’ for the player, while Everton and Manchester United have also been linked.

The same outlet then claimed on Wednesday that Chelsea have submitted an offer of an 18-month loan with an obligation to buy for a whopping £55m (€65m) – far superior to the offer on the table from West Ham.

However, an update from La Gazzetta dello Sport journalist Nicolo Schira claims that the Hammers have tied up an 18-month loan deal for Fernandes with an option to buy inserted at €36million.

He adds that there is ‘total agreement’ on the terms and that it is a ‘done deal’, meaning other interested clubs look set to miss out.