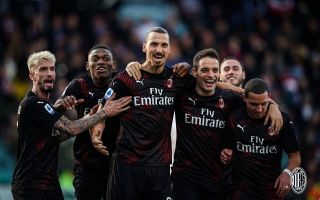 GdS: Twist in Ibrahimovic saga – he wants to continue playing; renewing with Milan the priority

A twist has arrived in the saga surrounding Zlatan Ibrahimovic as the striker is not heading towards retirement after all, a report claims.

There has been widespread speculation in the media regarding the future of the Swede with most outlets claiming he is almost certain to end his second spell at Milan after less than a year.

As La Gazzetta dello Sport reports on Tuesday however (via MilanLive), Ibrahimovic was strongly tempted to say goodbye to Milan and the world of football once and for all, but now things of changed.

He cannot end his career like this because of the Coronavirus, especially because because he still feels fit and a player far from finished. He wants to carry on playing and wishes to remain in Serie A.

Milan, having taken note of this, are ready to confirm the 38-year-old as the leader of a team under construction. There will be competition from other Italian clubs, but Milan is his home and continuing to live in Milano is certainly Ibra’s priority.

Overcoming the difficult relationship with CEO Ivan Gazidis will be important as Zlatan did not like Zvonimir Boban’s departure, nor will he appreciate when Paolo Maldini also leaves, but the renewal is still possible.

Gazidis however, for his part, has repeatedly highlighted the importance of Ibrahimovic to the club’s project, which is why he is willing to discuss the renewal with talks possibly to be held soon.