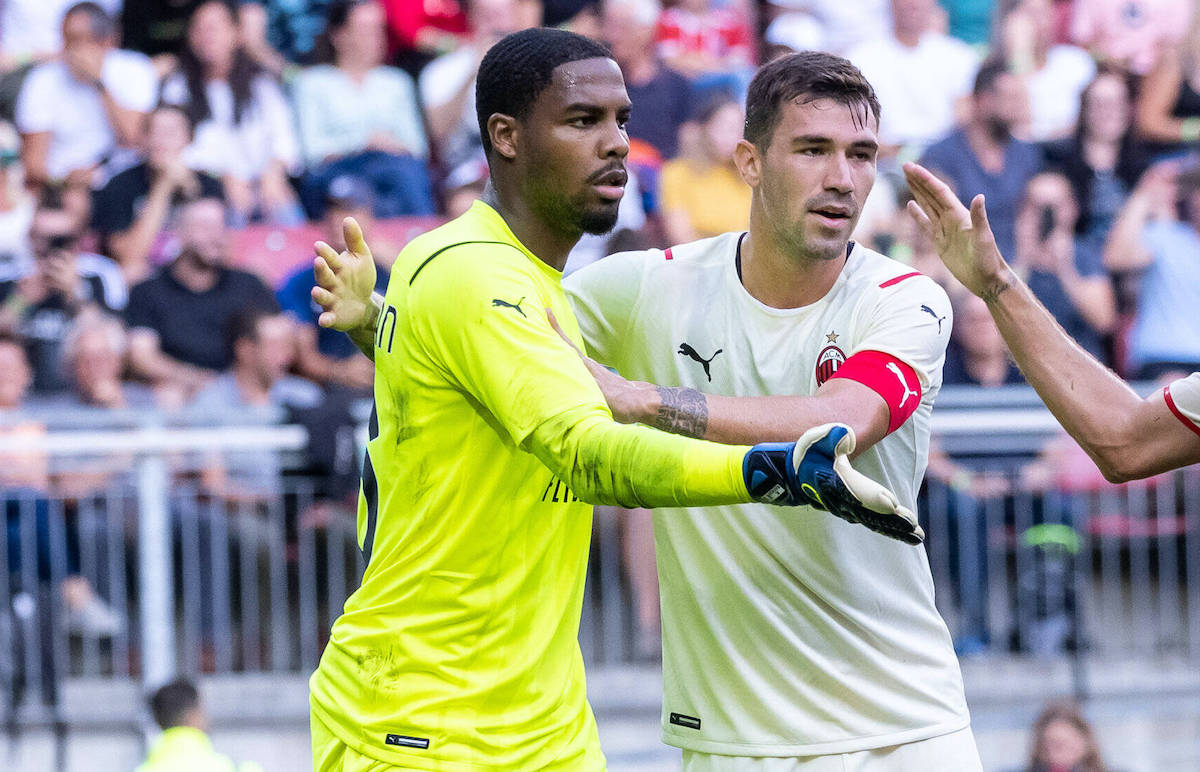 Every player will be tested during tonight’s game between AC Milan and Lazio, but two players in the Rossoneri rearguard will be under particular scrutiny.

La Gazzetta dello Sport writes how Mike Maignan will have his first real competitive test for Milan in terms of facing a fellow top four rival. He is a goalkeeper who once hit back at Zlatan Ibrahimovic during a training session and was instrumental in helping Lille win the league last season, so facing Ciro Immobile – who has 4 goals in 2 games – is a duel that will not phase him.

Last year he had 21 clean sheets in 38 games. Better than Oblak, Gigio, Courtois, Ederson, Edouard Mendy and all the other goalkeepers in the top five leagues. Lazio meanwhile have 9 goals in 2 games, so another decisive performance between the posts would certainly help.

The other player in question is Alessio Romagnoli. His recent story is strange as he has gone from captain to reserve in the space of a season after Fikayo Tomori’s arrival, but his time will come and playing time is almost a certainty given how demanding the season will be.

Romagnoli has always supported Lazio despite playing for Roma’s academy, and it will be up to him to once again disappoint his boyhood club after scoring the winning penalty to send the Rossoneri to the Coppa Italia final back in 2018.