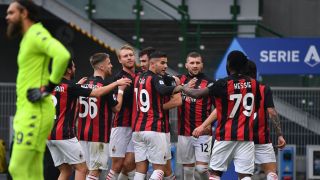 GdS: Two phrases, one outcome – Milan reach first place with merit and not by chance

After initial scepticism regarding whether they could keep up their incredible form, many heads are beginning to cast an admiring glance at AC Milan’s fantastic start to the season.

As La Gazzetta dello Sport reports this morning (via MilanNews) the performance of Milan is not the result of chance but the product of work started some time ago and above all of a continuous and constant growth.

The motto of Pioli’s Milan since the arrival of the Emilian coach has always been “heads down and work” a simple yet effective phrase that testifies to how the Rossoneri are a silent and efficient assembly line led not only by Pioli but by Zlatan Ibrahimovic too.

Despite not having either the Swede or their head coach yesterday, the team showed that they understood the gameplan just as well and won without much trouble. Shortly after celebrating another big three points, the team began to think about the match with Celtic.

The aforementioned motto has been joined by a new one in recent weeks: “match by match” – a phrase almost as important as the first one as it keeps the players grounded and stops anyone from being distracted by the bigger picture.

With this way of thinking, with hard commitment and hard work, the Rossoneri reached the first place with merit and not by chance.