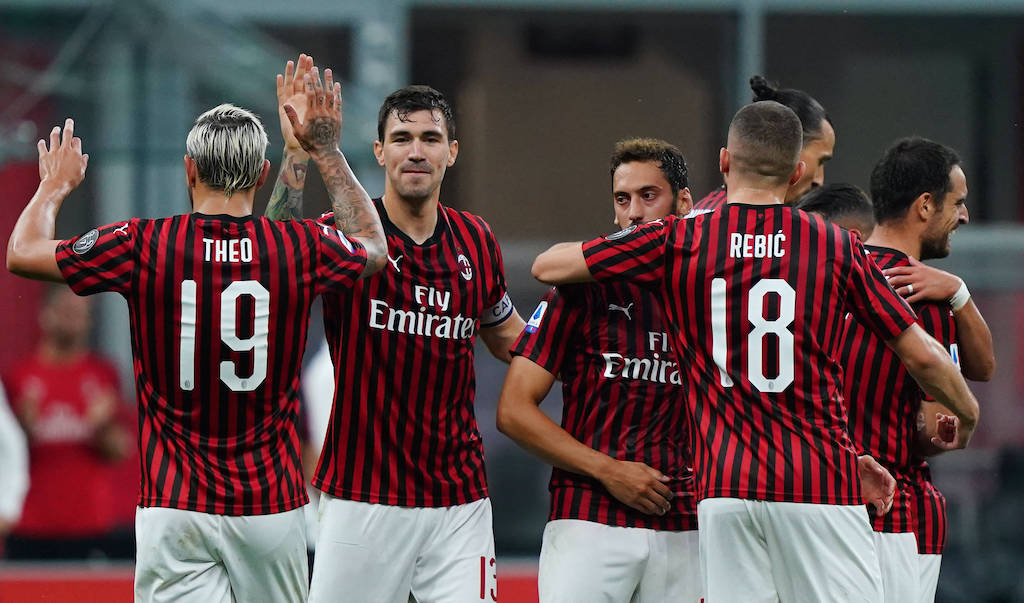 The values of a number of AC Milan’s key players is on the rise after an exceptional recent run of form, according to a report.

As La Gazzetta dello Sport (via Calciomercato.com) writes on Monday morning, the value of the Rossoneri squad is continuing to grow after a scintillating few weeks.

Milan have been in red-hot form since Serie A resumed, winning six of their eight fixtures including victories over Roma, Lazio, Juventus and most recently a 5-1 triumph over Bologna.

We start with Theo Hernandez, the full-back who arrived from Real Madrid last summer and is now worth at least €50million despite having cost just €20m.

Franck Kessie and Ismael Bennacer have also made a big different in recent weeks and the Ivorian, valued at €20m at the beginning of the season, is now worth €35m. The Algerian, who arrived from Empoli for €18m, is worth about €50m.

Samu Castillejo and Hakan Calhanoglu are both now valued at €25m, while even the likes of Alexis Saelemaekers have enjoyed a hike in value to €12m.