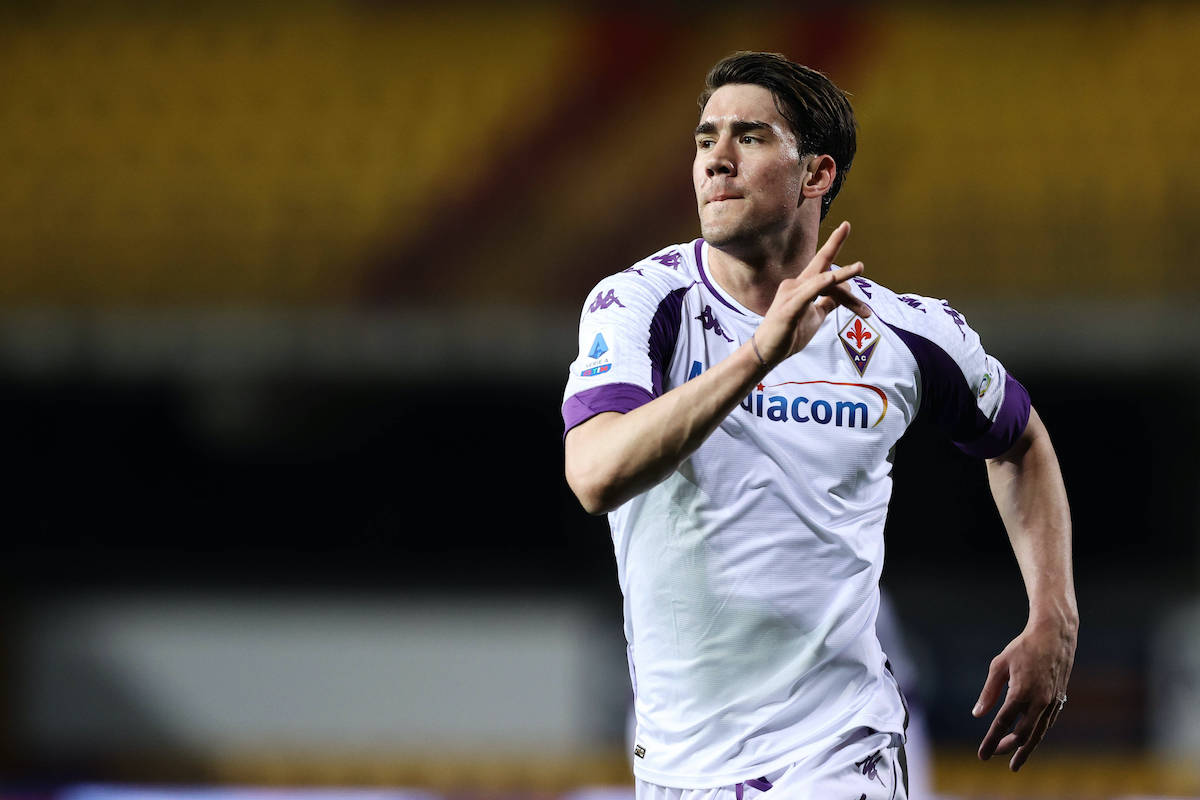 AC Milan are interested in signing striker Dusan Vlahovic from Fiorentina, a report claims, but they face competition from a rival.

As MilanNews wrote last week, the Rossoneri hierarchy are convinced that they want to renew Ibrahimovic also because of his importance in the dressing room as well as his decisive contributions on the pitch.

The Swede helped the whole team grow in 2020 and the results show it, but they also added that a new young centre-forward should be signed to ensure they are not left without any options if Ibra’s physical problems persist.

Now, La Gazzetta dello Sport (via MilanLive) have launched an interesting discretion about the future of Dusan Vlahovic, who has rejected Fiorentina’s offer of a contract renewal. Rocco Commisso and the management put forward a proposal to try get him to extend his current contract – valid until June 2023 – but was met with a sharp now.

Fiorentina had offered €1.2m net per season, which is three times the €400k he currently earns annually. The player though is considering other solutions and Milan are very interested. Paolo Maldini and Ricky Massara are admirers of the Serbian who would arrive not to replace Ibrahimovic, but to support him and learn from the Swedish striker.

However, Roma will challenge Milan to try to grab Vlahovic’s signature as the possible farewell of Edin Dzeko at the end of the season means the capital club will certainly have to find a new centre-forward. Vlahovic’s asking price is around €40m.