AC Milan moved up to fourth in the Serie A standings thanks to a 2-0 win away at Genoa on Monday afternoon.

After a difficult opening 45 minutes, the Rossoneri netted twice in the last 20 minutes to seal a hard-fought win at the Marassi.

In front of a somewhat eerie atmosphere and with Gennaro Gattuso in the stands serving a touchline ban, Fabio Borini opened the scoring with just under 20 minutes left, before Suso added a second on the break 12 minutes later.

Due to Lazio’s defeat at Napoli on Sunday, Milan have hoisted themselves back up into the Champions League qualification places.

Ricardo Rodriguez had the first half-chance of the game when his low shot deflected through bodies but was easily saved by Andrei Radu in the Genoa goal.

Milan were forced into an early change in the 13th minute as Cristian Zapata was replaced by Andrea Conti; the Colombian having suffered an injury while blocking a Christian Kouame shot.

Moments later, Biraschi was inches away from giving Genoa a lead, but he curled his effort over the bar.

The home side continued to turn the screw, with Darko Lazovic turning Ricardo Rodriguez inside out and drawing a save from Gianluigi Donnarumma, before Bessa fired straight at Donnarumma’s chest after a weaving run.

A few minutes later Donnarumma was called into action again as Tiemoue Bakayoko turned a ball towards his own net after a marauding run from Domenico Criscito – the young goalkeeper gathering at the second attempt.

The Rossoneri had a big chance to take the lead late in the first half as Fabio Borini was brought down just outside the box, though Hakan Calhanoglu continued his free-kick troubles by scooping a poor free-kick well over the bar.

Milan were then inches away from taking the lead through Lucas Paqueta; the Brazilian hitting a sweet volley goalwards from distance that had Radu beaten, but the ball struck the left post and was cleared.

Gattuso’s side started the second-half on the front foot, with Bakayoko using a bursting run to get to the byline and Cutrone not quite able to get his shot away under pressure. 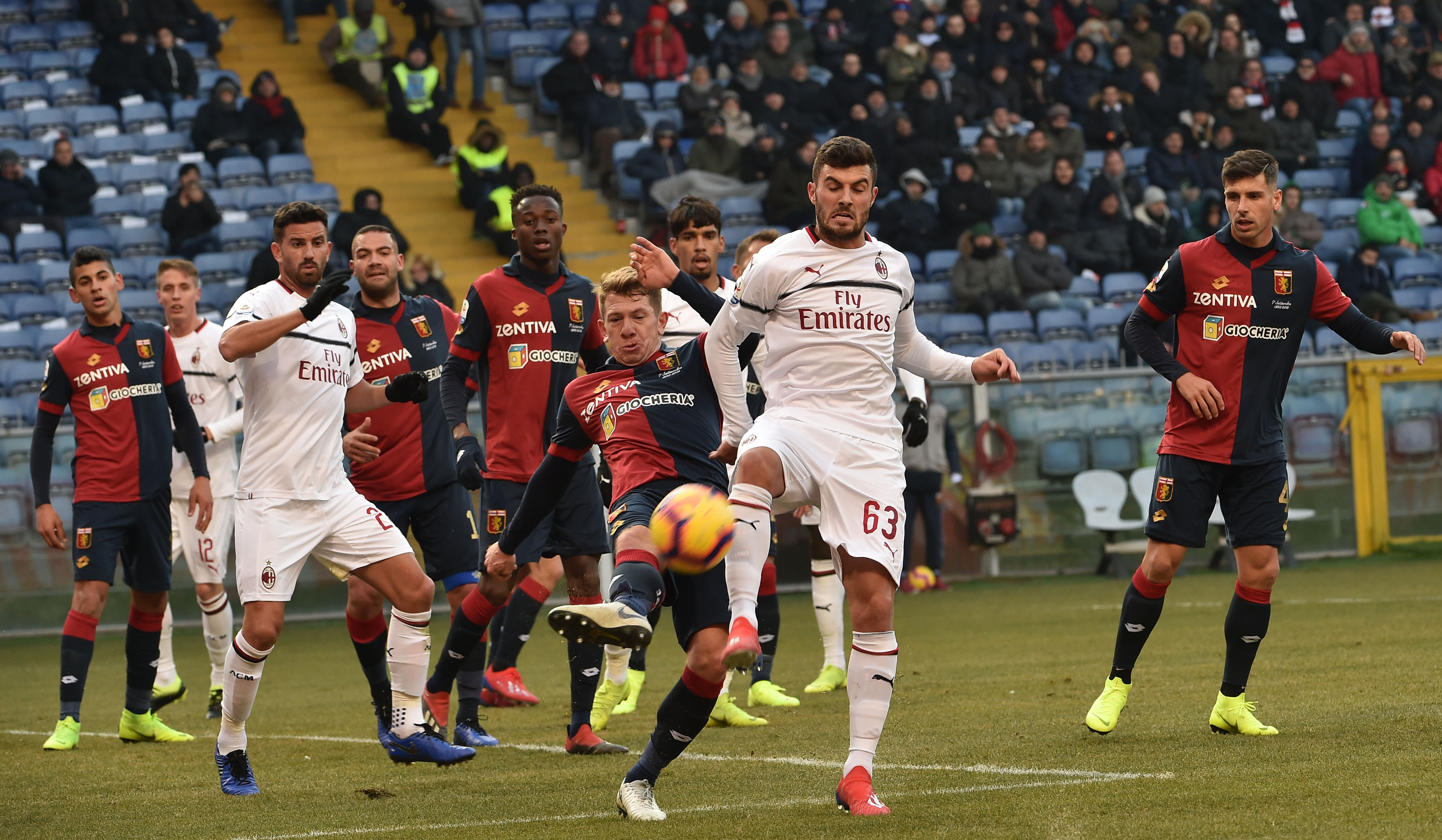 Ten minutes into the second period Borini drew a save from Radu with a fierce shot from distance.

Radu was called into action yet again to deny Borini, the Italian having been found by Lucas Paqueta before striking a powerful effort towards the bottom corner that the Genoa stopper did well to tip wide.

In the 66th minute Paqueta was involved again, and arguably should have scored when he was found unmarked at the far post, but the new arrival could only head into the ground and straight at Radu.

Donnarumma then made a crucial stop at the other end as a deflected shot was parried into the path of Bessa, but Gigio reacted well to stop the rebound.

With just under 20 minutes left, Milan took the lead. Substitute Conti was involved, finding space to pull back a teasing ball from the byline towards the edge of the six-yard box, where Borini arrived and slotted in to make it 1-0.

Donnarumma produced yet another remarkable stop moments later, denying a fizzing strike from Veloso by tipping it onto the crossbar.

In the 83rd minute Milan doubled their advantage. A wonderful ball from Cutrone sent Suso through on goal with Zukanovic knowing he couldn’t make a challenge, and the Spaniard unleashed a pinpoint attempt with his weak right foot that went in off the far left post to seal the points.