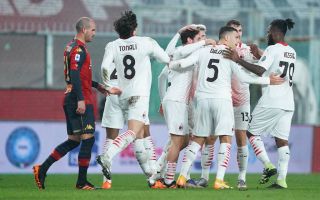 For the third time this season AC Milan battled back from a deficit to earn a 2-2 draw, snatching a point inside the final 10 minutes at the Marassi against Genoa.

Mattia Destro was the man who predictably gave the hosts the lead in the early stages of the second half with a close range finish, though Milan did well to answer back through a long-range strike from Davide Calabria.

Destro popped up again to give the Grifone a 2-1 lead, but remarkably it was Pierre Kalulu who rescued a draw as he bundled home from Alessio Romagnoli’s assist as the game ended 2-2.

With Inter beating Napoli it means that the Rossoneri’s lead atop the Serie A table has been trimmed to one point, but with Zlatan Ibrahimovic and Simon Kjaer due back for the next game it might be looked back on as a useful point.

Head coach Stefano Pioli made four changes from the starting XI that drew with Parma as Pierre Kalulu got his first league start while Diogo Dalot slotted in at left-back. Sandro Tonali took the place of the injured Ismael Bennacer in midfield and Rafael Leao started over Brahim Diaz on the left.

The opening 10 minutes were perhaps exactly what you would expect from a side who are fighting at the bottom end of the table up against a side with big ambitions but little flow because of injuries.

The main chance for the home side came in the seventh minute when a backpedaling Kalulu did well to block an effort inside the area, while Castillejo should have done better for the Rossoneri a couple of minutes later when he had space to shoot on the edge of the box but curled wide of the far post.

There was another half-chance for Milan not long after as a corner earned by Rebic found its way to the far post where Romagnoli was unmarked but studded his effort into the ground and wide when a touch more composure was needed.

After the flurry of action the game went back to being disjointed and scrappy, but Calhanoglu had a good chance to give Milan the lead with a free-kick from almost exactly where he hit the post against Parma, though he went for the opposite side but Mattia Perin saved easily.

The visitors continued to probe, and Castillejo’s lovely weighted pass in behind found Tonali whose cutback was well cut out by Goldaniga.

In truth it was yet another first half where things just didn’t really click for Rebic. He got the ball in and around the box on several occasions but was struggling to find his team-mates with first time passes.

Genoa had perhaps the biggest chance of the first half for the home side it came through the former Milan man Mattia Destro. The striker controlled a pass inside the area well and dragged his effort inches wide of the far post with Donnarumma stranded.

Rebic had been frustrated for the opening 36 minutes but the Croatian almost found a way to get his side into the lead. He went on a jinking run directly through the centre-back pairing of Bani and Marsiello, but he took his effort perhaps a bit took quickly when through on goal and Perin saved. 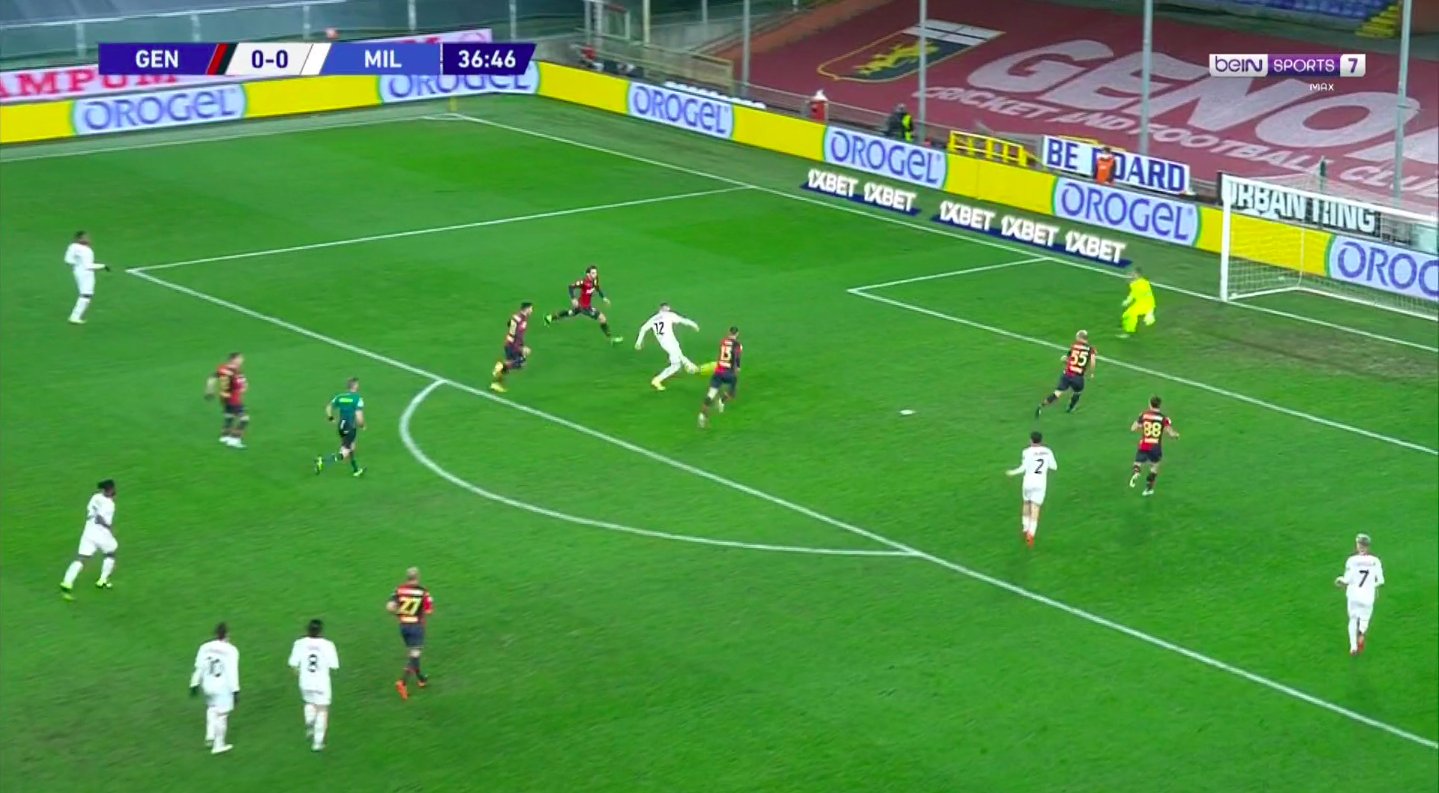 From the resulting corner it should have been 1-0 too, as Romagnoli beat Perin to the ball at the near post but couldn’t keep his header down from just a few yards out.

The home side took the first lead with the first attack of the second half, and it was Destro who got the goal. Donnarumma made a great save to deny Shomurodov’s spinning attempt, but he could not stop the ball being tapped in from close range on the rebound.

Despite the setback, Milan levelled the game moments later. Some eyebrows will have been raised when Calabria wound up and shot from from around 25 yards out, but the ball sat up for him perfectly and he fired in past Perin inside the far post.

A couple of substitutions followed straight after the goal, as Castillejo and Rebic were withdrawn for Jens Petter Hauge and Alexis Saelemaekers.

The parity would not last for long though, as Genoa got themselves back in front bang on the hour mark. After a sequence of misplaced passes, a cross from the right found the head of Destro perfectly and he headed past Donnarumma at the near post to bag himself a brace.

After Genoa’s goal, their 4-4-2 became very deep and very compact as they allowed Pioli’s side to try and break them down with what had been a so far frustrated and wasteful attack.

With just less than 15 minutes to go, Pioli rolled the dice by taking Tonali off and replacing him with Brahim Diaz to try and force the issue a bit more.

A huge chance followed for Milan as Jens Petter Hauge curled a shot just wide of the post, and with 13 minutes left on the clock it was beginning to feel like it just wasn’t Milan’s night.

With eight minutes left though, the Rossoneri got their equaliser and it came from an unlikely source. Romagnoli rose highest from a corner to head the ball back across goal where Kalulu was waiting to stab home his first ever goal for the club in his first Serie A start.

In the final minute of normal time Genoa had a big chance to snatch all three points through Goldaniga, but he headed wide from a corner having been found unmarked.

Milan had half appeals waived away in injury time as Kessie went down inside the box but Daniele Orsato waved them away, and that would be the last real action as the game ended 2-2.