AC Milan were brought back to earth with a bang as they were despatched 3-0 by Genoa at the Stadio Luigi Ferraris.

Nikola Ninkovic got the scoring underway in the first half, and Gabriel Paletta’s second-half red card allowed the hosts to seal the points with late goals from Juraj Kucka (own goal) and Leonardo Pavoletti.

After a physical start to the game in which neither team managed to carve out any major opportunities, it was Genoa who took the lead with the first big chance.

Tomas Rincon was given time to think on the edge of the box, and he directed a ball in behind the defence that Ninkovic headed home from close range. 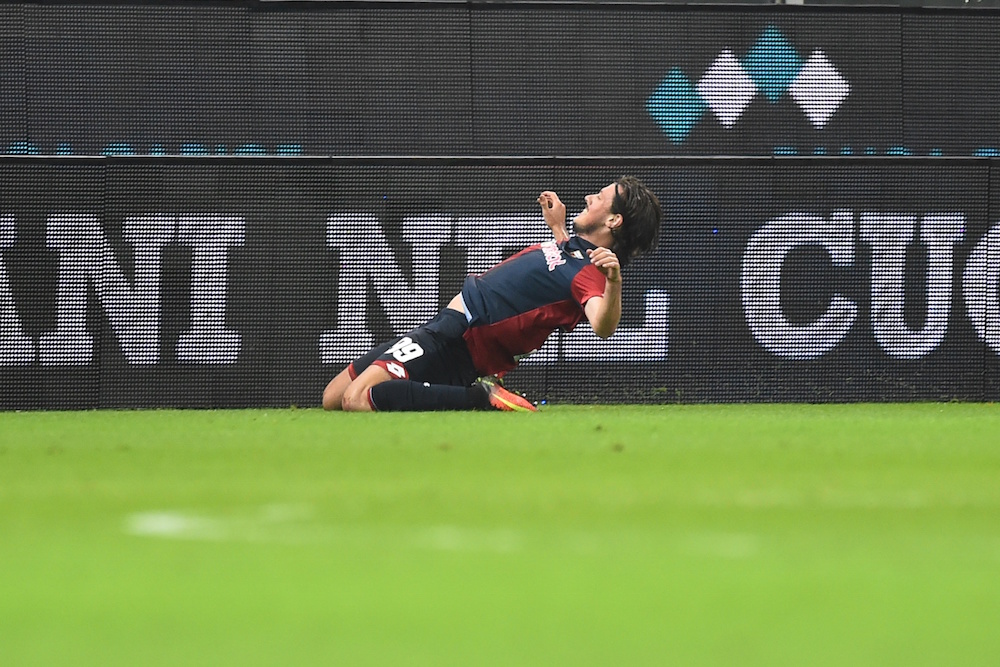 The Rossoneri had their first shot on goal in the 22nd minute when Alessio Romagnoli was given time to walk forward and lash an effort from 25 yards, but the ball swerved wide of Mattia Perin’s right post.

Three minutes later Giacomo Bonaventura had Milan’s first shot on target as he used a nice turn of pace to generate space, before shooting tamely from 25 yards and giving the Genoa ‘keeper and easy save.

Armando Izzo went into the book five minutes before the break as his stray arm caught M’Baye Niang, before the Frenchman lashed over following a nice set-up from Carlos Bacca.

There was a moment of controversy in the 50th minute when Manuel Locatelli appeared to be barged over inside the area, but referee Luca Banti waved appeals away.

Just before the hour mark the major turning point in the game happened, as Gabriel Paletta saw red for a nasty high sliding challenge.

Genoa had appeals for a penalty rejected as Niang appeared to catch his man with a high boot.

Milan had three chances in the space of two minutes on the 75 minute mark. Firstly, Suso bursted into the area but his cross went straight into Perin’s arms. Then, Kucka shot from 25 yards in space, but again it was straight at Perin. Finally, Andrea Poli got in behind, but somehow managed to slice his effort wide when he should have hit the target. 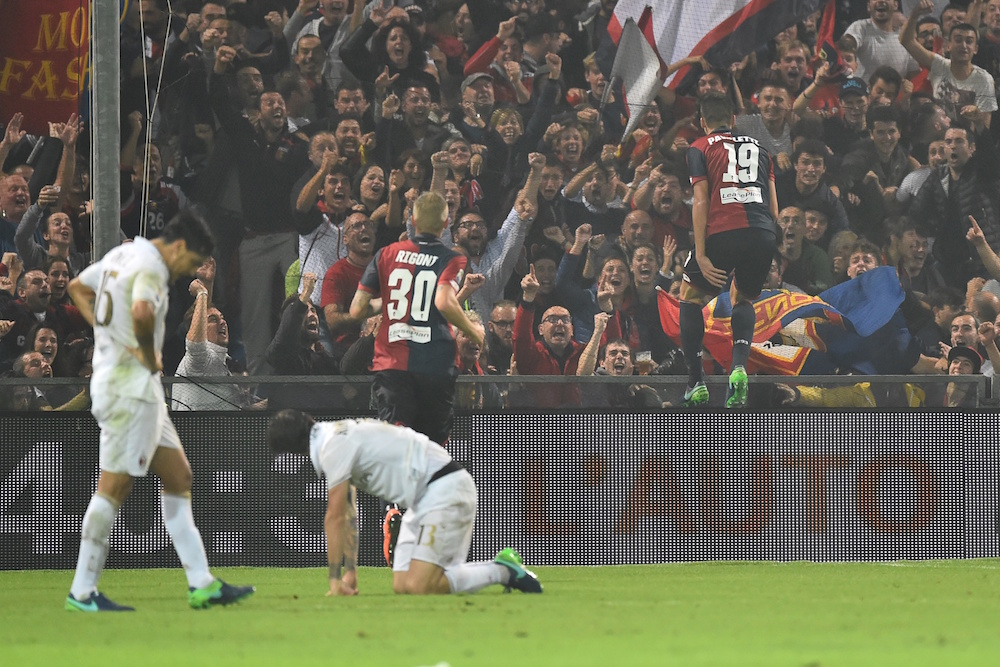 The Rossoblu made Milan pay as they doubled their advantage with ten minutes remaining. Lazovic delivered a teasing ball into the area, and Juraj Kucka directed the ball into the back of his own net.

Genoa would also have the final say as they added a third in the late stages. Romagnoli was turned inside out by Leonardo Pavoletti, who got through on goal and converts easily into the top corner past a helpless Donnarumma.