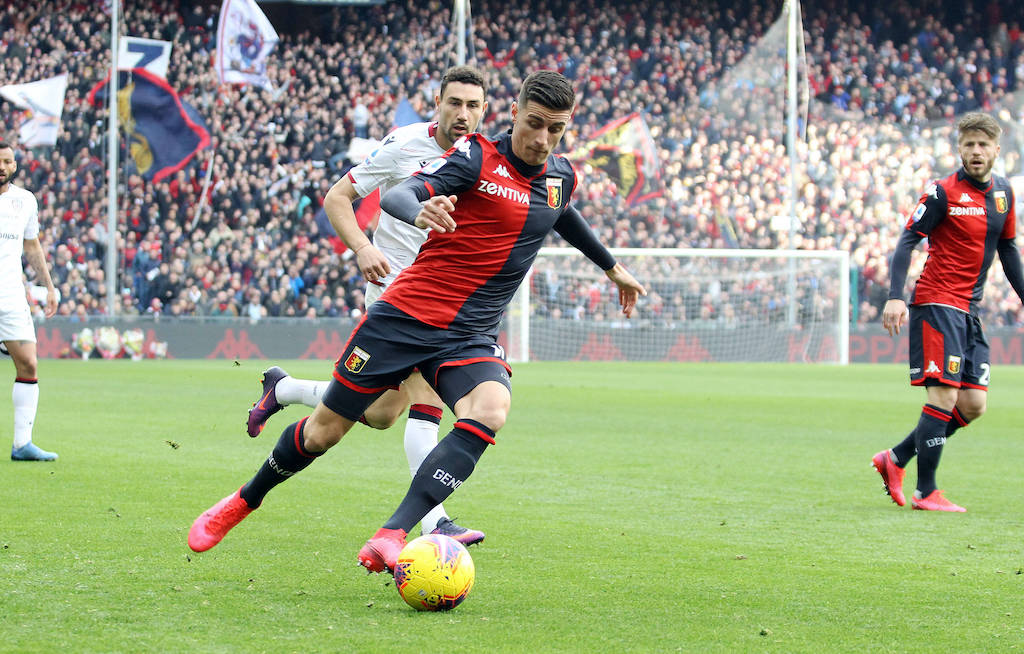 Genoa star admits to being flattered by Milan links: “The interest of big clubs is a pleasure”

Genoa full-back has admitted that it brings him ‘pleasure’ to have been linked with a move to AC Milan by the media in recent months.

The Rossoneri have struggled for consistency on the right side of their defence all season, with Andrea Conti and Davide Calabria each failing to last more than a handful of games at a time due to injuries, suspensions and general poor form.

Numerous outlets have suggested that it is an area that Paolo Maldini will look to address in the summer by making a purchase with a similar impact to Theo Hernandez, who has been exception since arriving from Real Madrid.

Calciomercato.com reported back in February that Milan would ‘undoubtedly’ take a look at Ghiglione in their 2-1 home defeat at San Siro. The 23-year-old has one goal and five assists in 22 games in all competitions for the Rossoblu so far this season in a campaign which has seen them struggle.

Ghiglione was interview by La Gazzetta dello Sport for their Saturday edition, and he did not hide being flattered by rumours of interest from Milan.

“The interest of big clubs is a pleasure, it means that commitment and work are appreciated,” he said (via Calciomercato.com).

“But now I only think about the Genoa and Genoa, which is my promised land “