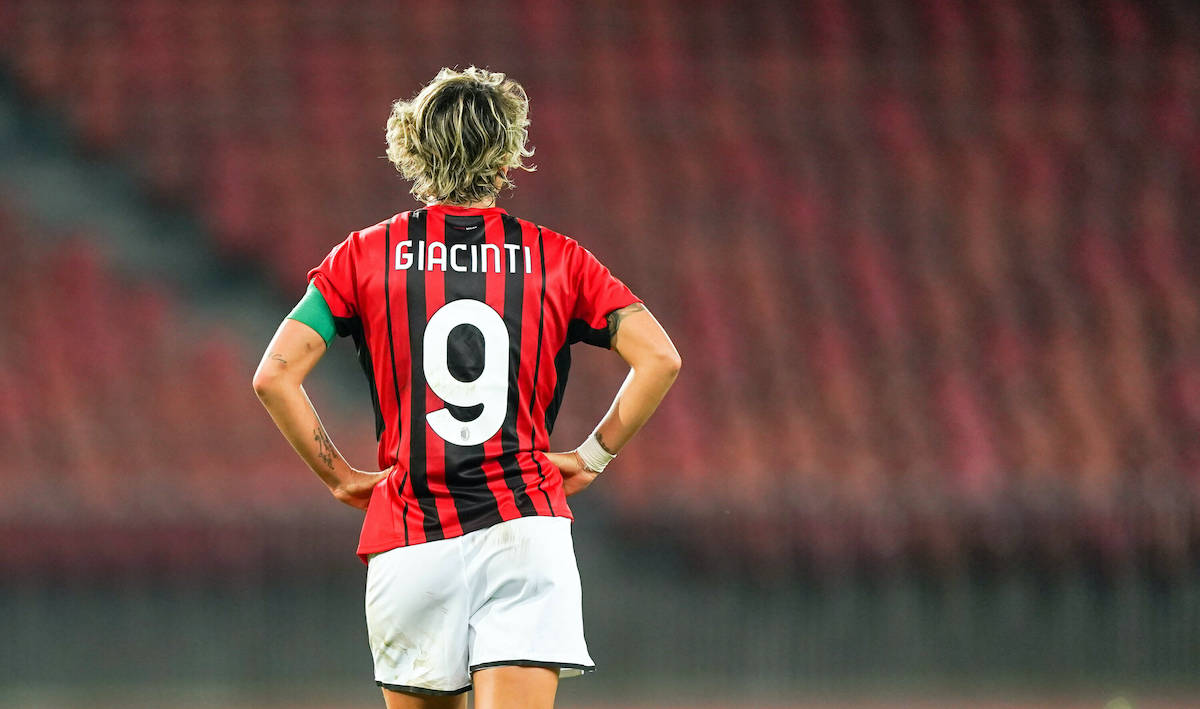 As has been previously reported, Valentina Giacinti is on her way out of Milan. The former captain of the Rossonere has been linked with Roma in recent days but there is one problem.

The decision to ship the forward off is said to be the choice of technical director, Paolo Maldini, as was reported by sources on Twitter. The one thing holding the deal up, though, is that Roma want to include an option to buy the player at the end of the loan period.

Milan, on the other hand, don’t want to sell the forward outright to a direct rival. The deal is therefore stalled on this one little detail. The Capital Club is not convinced of this option, as they would like to make her a permanent fixture at the Giallorosse.

This is the main reason why the two teams have not completed the deal, as per Tutto Calcio Femminile. Milan’s reasoning for not wanting to sell her outright is that they plan to bring her back at the end of the season.

Giacinti’s potential exodus comes in light of other players leaving Milan, including Vero Boquete and Mária Korenčiová. Korenčiová ended up leaving Italy for Spain and is now a player for Levante UD.

Fullback Federica Rizza and midfielder Claudia Mauri have also left the team, albeit on loan. The two players will play for U.C. Sampdoria and S.S.D. Napoli respectively, until the end of the season.

In the meanwhile, Milan will play AS Roma this Wednesday in a playoff round for the Supercoppa Italiana. Kickoff time will be at 14:30 CET.

Giacinti will not participate in the match and play for either Milan or Roma, as her future is currently in limbo and has yet to be resolved.