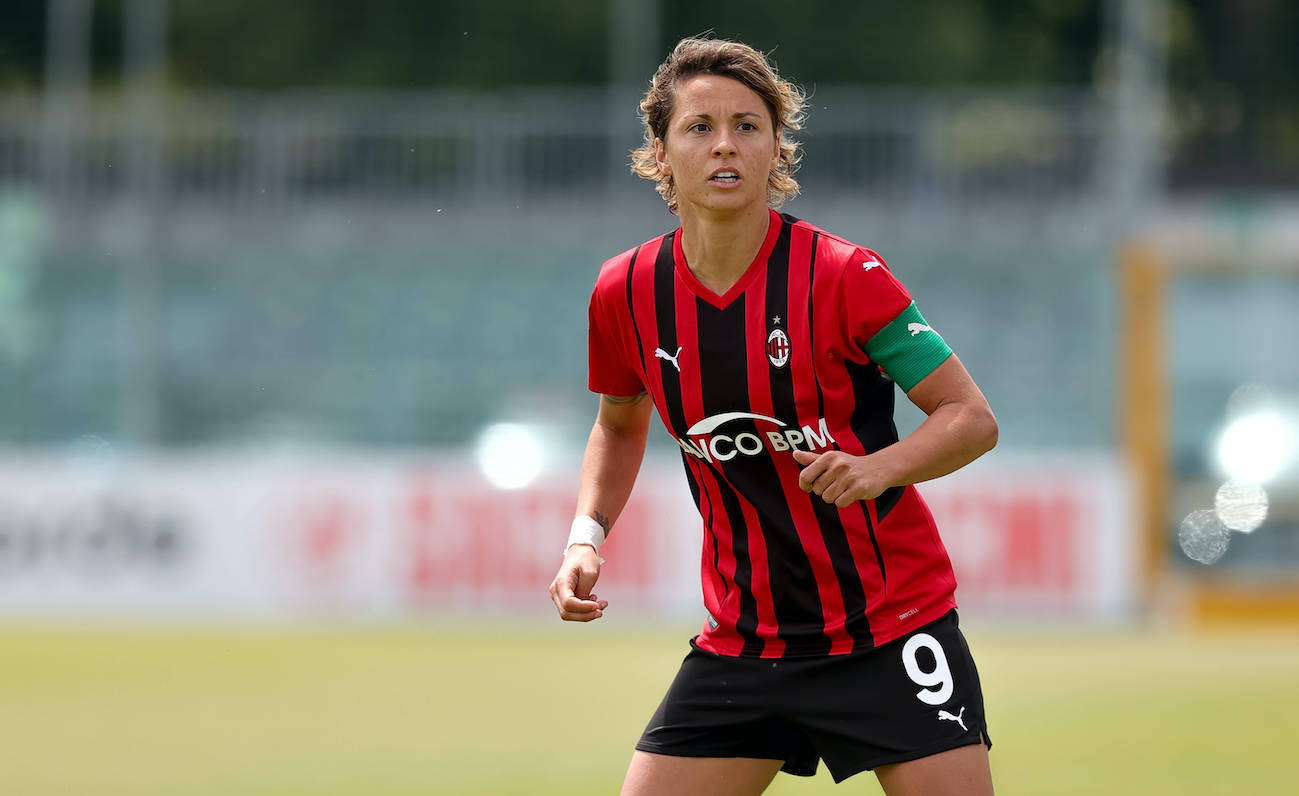 AC Milan Women’s captain, Valentina Giacinti, has given an interview to Sky Sport ahead of the Coppa Italia final on Sunday. The Rossonere skipper spoke of her anticipation for the match and signing a renewal with the team.

Here’s a translation of the interview, which was transcribed by Milan News.

On the Coppa Italia final: “It is the dream of both teams to raise the trophy. We are going about it calmly and we are composed, as we are trying to keep the tension out of our heads.”

On Elisa Bartoli, the AS Roma captain and defender: “Eli’s great strength is her aggression and determination, and you have to respond to it with determination and malice. We must be a team of eleven Bartolis against one Bartoli [laughs].”

On the future: “Being a captain is not something random, and I personally feel pretty good here. We are working to extend my contract, as I am in love with this team. I hope to stay here for as long as I can.”

On the controversy surrounding the Nazionali Cantanti team: “I was disappointed and I honestly did not expect that in the year 2021, that there would still be people like this. I hope that someone will take a stand, and I am very pleased that the Juventus Women will take the field because we [women] are players, we are athletes but above all else, we are women.

“There is no such thing here, and I am also happy that Milan are part of an organization that deals with discrimination against women. This message must be sent, and it must also be communicated that tonight, we must donate to the cause, even though [what they did] remains an unpleasant fact.”

Author’s note: The Nazionali Cantanti is a football team made of Italian singers who play La Partita del Cuore (The Game of the Heart). The game is an annual football match that raises money for various charitable causes. Recently, the team found itself in a storm of controversy after Aurora Leone, an actress, was excluded from a pre-match dinner for the team because she is a woman. The accusations led Gianluca Pecchini, the manager of the squad, to resign from his position. You can read more about the controversy here.

The AC Milan women will be back in action this Sunday as they play AS Roma for the Coppa Italia Femminile final. Kickoff will be at 20:30 CEST (11:30 PST / 14:30 EST). A lead-up to the match will be posted within the upcoming days.