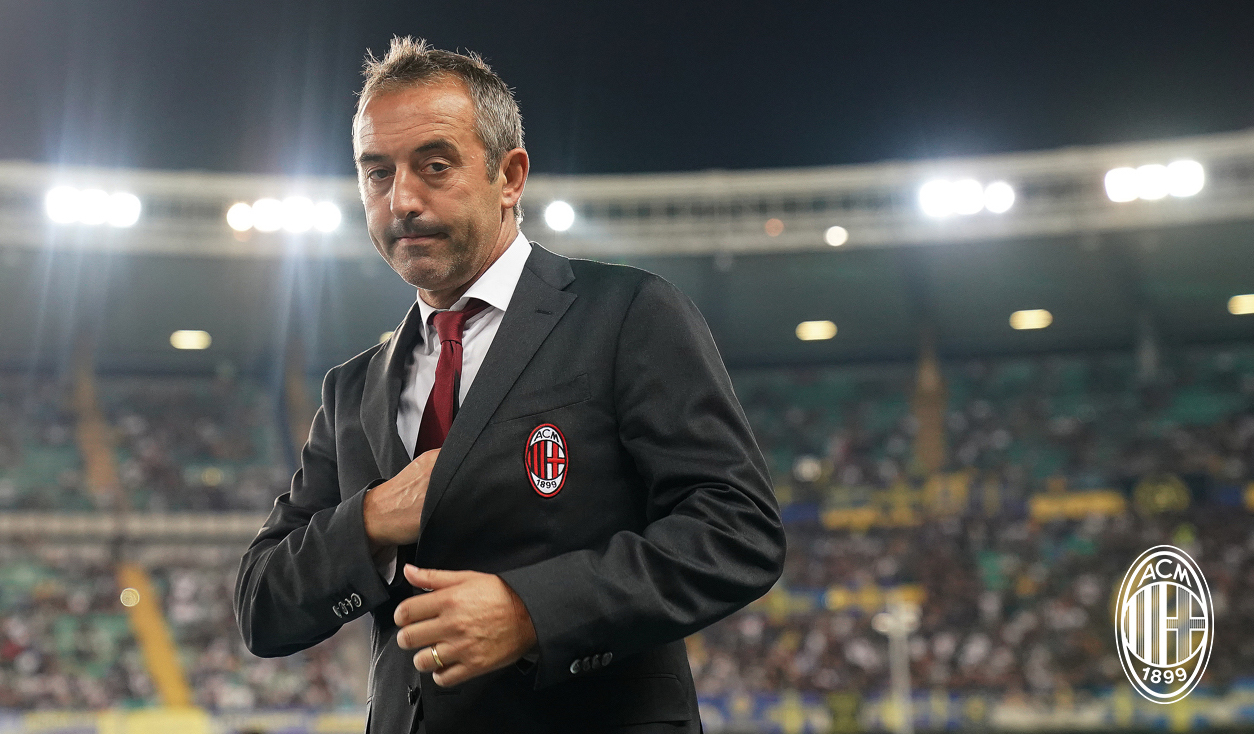 Giampaolo discusses Paqueta’s role, Rebic and the state of the squad

The Rossoneri emerged as 1-0 victors in their third league game of the season against Hellas at the Stadio MarcAntonio Bentegodi on Sunday night.

Despite Mariusz Stepinski’s first-half red card on his home debut for Hellas it was far from easy work for Giampaolo’s side, but Krzysztof Piatek scored the only goal after the break.

Hakan Calhanoglu’s shot was handled by Koray Gunter and the referee pointed to the spot; the Poland international dispatching confidently to net his first goal of the season.

Piatek saw a second goal disallowed for offside in the final ten minutes and Davide Calabria was shown red for a clothesline on Matteo Pessina in a dramatic end to the game, but the Rossoneri clung on for a vital win.

The team has moved on to six points from nine ahead of next week’s derby against Inter, and Giampaolo has insisted that the hard work must continue.

“The games are not all easy, today the opponents were aggressive,” Giampaolo told RAI Sport, as per MilanNews.

“The important thing is to have won, trying to do the right things with numerical superiority. Hellas resistance could not last the whole game, they never gave up. We did what we had to do.

“We have to work a lot on different aspects. I like that the team works to seek improvement. They are attached to the things we do.

“I know there is still a lot to do. My goal is to make the team as much of a team as possible.”

On Lucas Paqueta, Giampaolo added: “The playmaker is a new role for him. He can guarantee technical and physical depth.

“But he must learn to move like midfielders. I wanted to reinforce that department with a player with his characteristics, I will work on it.”

Ante Rebic came on for Paqueta at half-time to make his debut for the club.

“Rebic can also play second striker. He has selflessness and good legs, he has entered well.

“He has played in the Bundesliga and the national team so he has a good condition. But he too must breathe the team’s amalgamation.

“They all went to the national team, I changed six players. I know that to be better you have to work. The condition is good.

“The team works hard, follows me. We have the idea of ​​recovering the high ball, we need to metabolise and understand what is the maximum of the things we can do.”