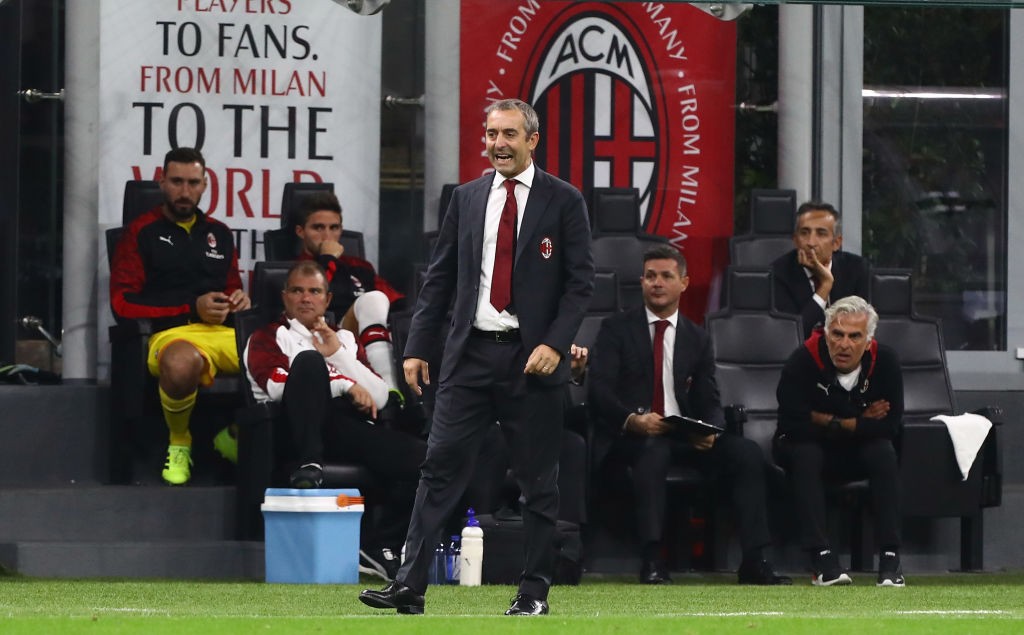 Giampaolo: “My future? I take responsibility, but I believe in my ideas”

AC Milan head coach Marco Giampaolo has vowed to continue with his ideas despite another dreadful performance.

The Rossoneri slipped to a fourth defeat in their opening six games – something which has only happened twice in the club’s history and not since 1939 – as they were comfortably beaten 3-1 by Fiorentina.

Milan’s crisis deepened thanks to Erick Pulgar’s penalty plus goals from Gaetano Castrovilli and Franck Ribery, with Rafael Leao getting a late consolation.

Despite this, Giampaolo is determined to stick to his guns and his idea of how he wants the team to play, as he revealed after the game.

“The team played with great character just three days ago and I saw moments of the football I like,” he told Sky Italia (via Football Italia).

“Tonight, it was played badly on an individual level, with no organisation or sense of collective responsibility.

“There are some players who are young and can try individual moves, but they can only get you so far. When things aren’t going well, you must have the strength to cling to your identity as a team.

“If we try to resolve things individually, we risk drowning in difficulties and that is what happened this evening.

“The fans are accustomed to very different spectacles and they have every right to protest.”

A report from TMW after the game claimed that Ukraine national team head coach Andriy Shevchenko ‘could become more of an idea’ for the bench in light of the result against La Viola.

In addition to that, our correspondent Vito Angele confirmed to us that Giampaolo’s position is under threat, with three possible temporary solutions being considered.

Giampaolo was asked about his future at the club, but remained defiant.

“I take responsibility, of course, but I go forward because I believe in my ideas. The thing that annoyed me was the team looked like it turned up to San Siro without ever having a training session together. You can lose, but not like that.

“Up until three days ago, I liked the performance and saw good responses against Torino.

“Tonight, the pressure got to them, they felt the absolute need to win and I told them to play with all the right ingredients to win, not waiting for events to happen. We had to create the events ourselves.

“Instead, the pressure weighed on us, we were tense, not reacting quickly enough and evidently feeling the pressure.”