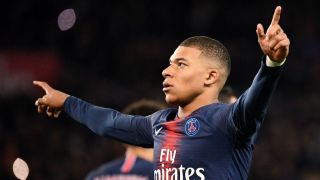 The rumour of Bernard Arnault’s purchase of AC Milan has reignited in financial circles, according to a report.

There have been rumours for months that Louis Vuitton group owner Bernard Arnault is interested in purchasing the Rossoneri and leading the club into a new era with a rich backing.

La Repubblica (via Calciomercato.com) reported last month that Arnault and Gordon Singer were due to meet in the London office of the Elliott fund to talk about a possible sale.

They added that the Frenchman is interested in the business linked to the commercial and media power of football in the city of Milano, a city closely related to the world of high fashion.

According to Il Giornale on Wednesday (via MilanNews), in financial circles the rumour of Arnault’s possible purchase of Milan is circulating again and there is even talk of an agreement to be completed within 12 months.

In addition, the paper adds that the business tycoon wants to make a splash by convincing Pep Guardiola to join as head coach and Kylian Mbappè to arrive as the team star. However, further denials come from Casa Milan.